FYIG WWE Weekly Hits & Misses #6 features our thoughts on the debut of Adam Cole, Lesnar retaining the Universal Championship, and much more!

I may be in the minority here, but I really wish that there were more Takeover events throughout the year. It feels like NXT builds feuds for a really long time before we get to see the match. It’s great for some feuds, but it falls flat for others. I for one wish there was one Takeover event per month. Put it on the same weekend as a minor PPV if need be and that would save on production costs. I just feel like NXT is growing so rapidly that they need more major shows for some other talent to be focused on a little bit. We haven’t seen much of a number of stars lately and that’s been a bit of a concern. 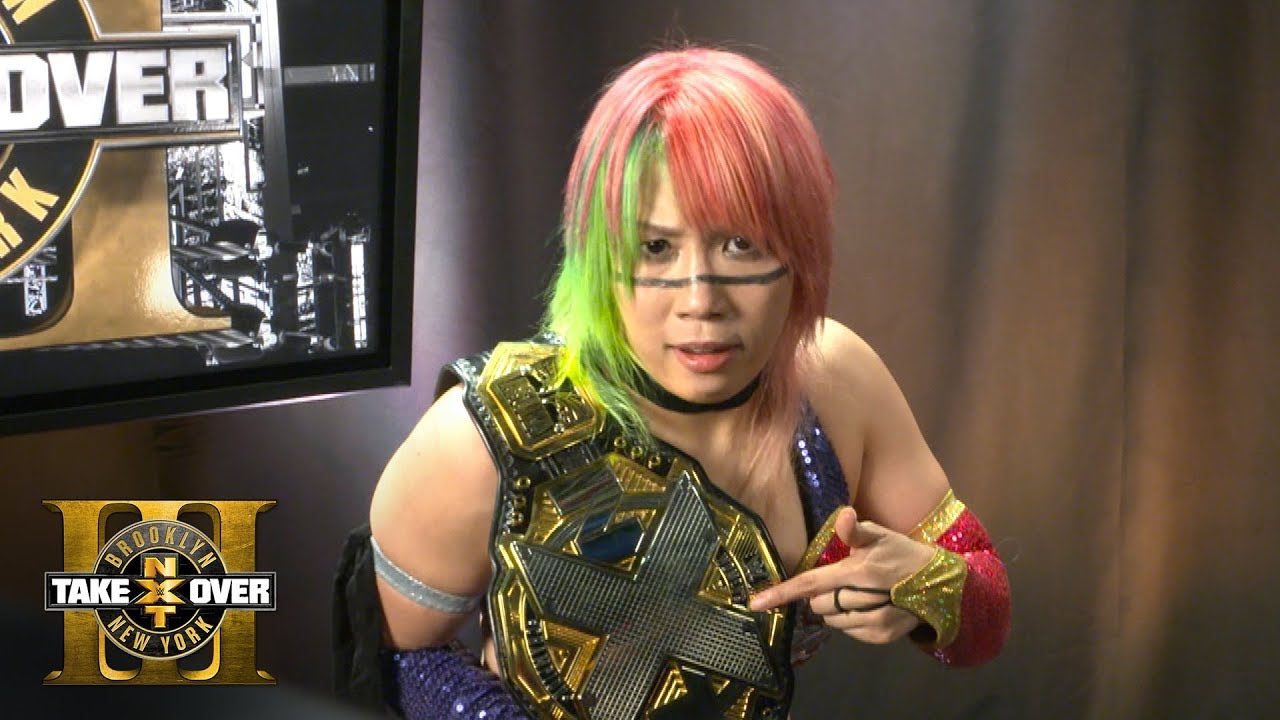 Asuka defeated Ember Moon to retain the NXT Women’s Championship. This is a hit for me because I don’t think anyone expected Ember Moon to lose to Asuka again, let alone tap out to the Asuka Lock. It was a fantastic way to end the match and Asuka’s tactics of using the referee to shield herself in the middle of the match could lend some credibility to yet another rematch. I have read that Asuka is hurt so part of me wonders if we may just see her drop the title to Ember Moon at an NXT TV taping or be stripped altogether. Either way, these two have had an interesting feud and I’d like to see it come to a real conclusion.

Hit: The Era of McIntyre Has Begun

Drew McIntyre defeated Bobby Roode to become the new NXT Champion at Takeover: Brooklyn III. I think it was the right time to take the title off Roode and prepare him to go to the main roster. There wasn’t much left for Bobby to accomplish in NXT and he’s been a standout for the entire year that he’s been down there. It’s time for him to go up, preferably to SmackDown and chase that WWE Championship. As for Drew, there aren’t many people who would represent NXT any better than him and I’m looking forward to what he does during his title reign. I think people may be surprised at how good Drew really is. We saw a glimpse of that during his match with Roode. 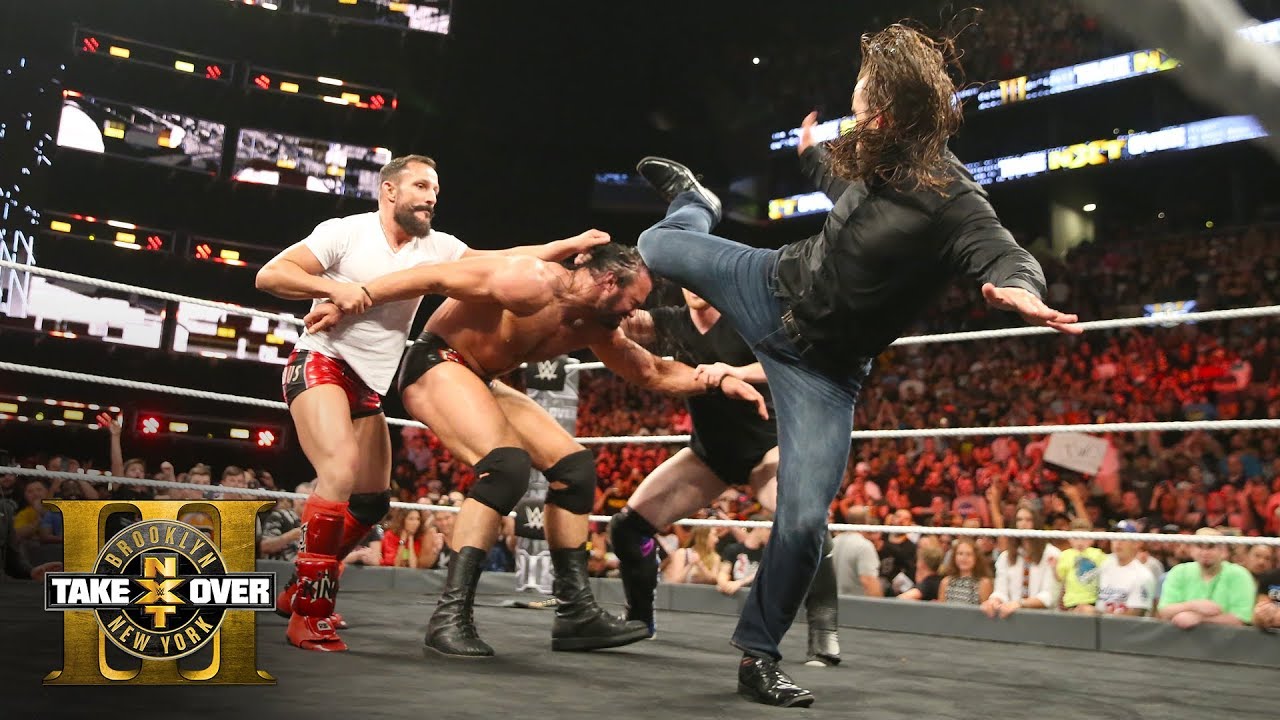 After months of speculation, Adam Cole has finally made his debut in an NXT ring as he attacked Drew McIntyre after his NXT Championship win. Cole wasn’t alone as Bobby Fish and Kyle O’Reilly provided the distraction after decimating Sanity and The Authors of Pain earlier in the evening. Is this the beginning of a powerful new faction? I sure hope so! The question is: are there any other members we haven’t seen yet? I’m quite interested in what happens here over the next few months. Cole going right into the NXT title picture shows how much faith they have in the big man and with good reason. I expect big things from Cole in NXT.

I understand the reasoning for wanting SummerSlam to have a WrestleMania feel by making it a really long show full of great matches, but they really drop the ball in doing so. The first match barely had an audience because doors opened so late and most fans didn’t even see Neville win the Cruiserweight Championship back from Tozawa or The Usos win back the SmackDown Tag Titles in a fantastic match (again) with The New Day. Quality of quantity is much more appreciated and I think that WWE is going way too long with these shows. They could have easily cut a few matches that didn’t matter and made it a little more condensed. The show as a whole was pretty good, but there were a few matches like Rusev vs. Orton that weren’t even necessary.

What a terrible week for Baron Corbin. The guy had the key to the city in his hands with the Money in the Bank briefcase and all of a sudden Cena costs him his match when he cashes in. Then, Cena beats him clean at SummerSlam. What happened? Does Corbin have heat on him backstage for something? Last week he seemed like he was next in line for a title shot. This week, he doesn’t even seem like he’ll be on the show. I hope that this is just a bump in the road because I really like what Corbin brings to the table and I feel like he’s going to be a big heel someday. 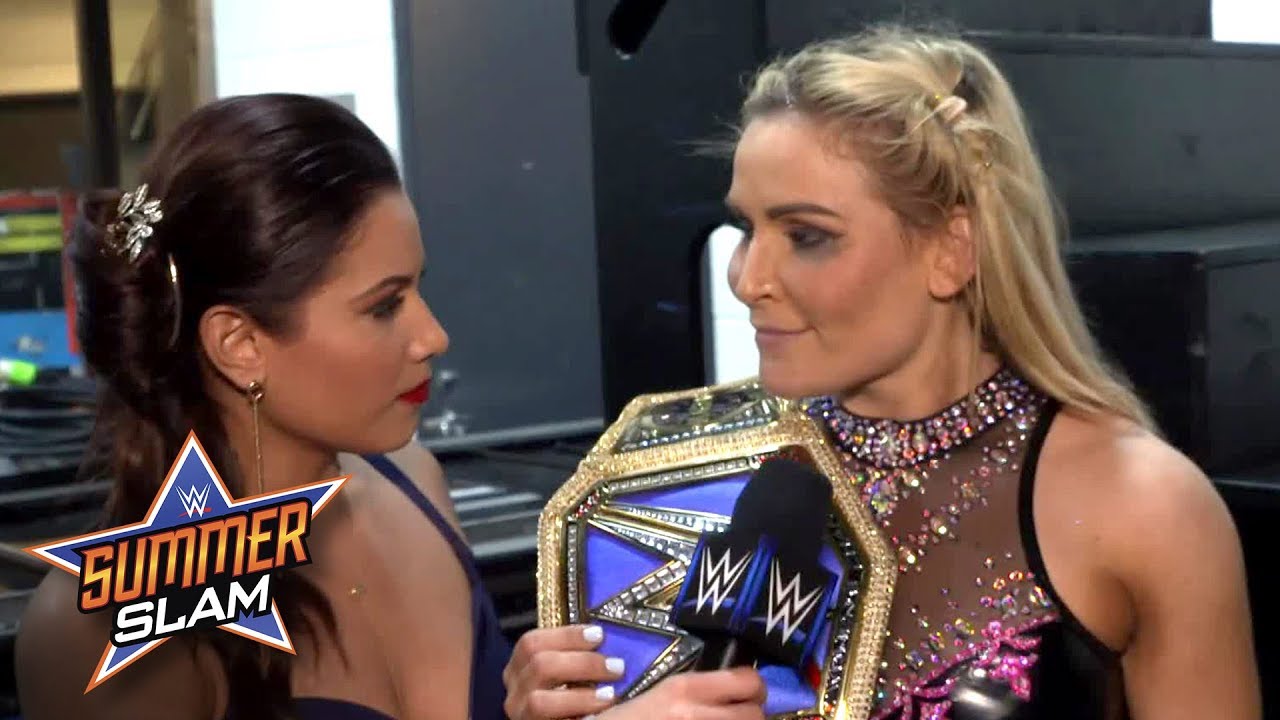 Both WWE Women’s Championships changed hands on Sunday as Sasha Banks and Natalya were crowned new champions. It was a good way to refresh the very stagnant Women’s Divisions on both brands. I’m not a fan of Sasha already being a 4-time Women’s Champion as that title is only a year old, but it’s not as though she doesn’t deserve it. It does kind of sting that she beat Alexa, but Alexa has had such a great run that it’s probably time she takes a backseat for a while. As for Nattie, it’s been a long time coming and I’m glad that she has her chance to reign with the title no matter how long it lasts. I can see her dropping it back to Naomi in a rematch, but hopefully not. 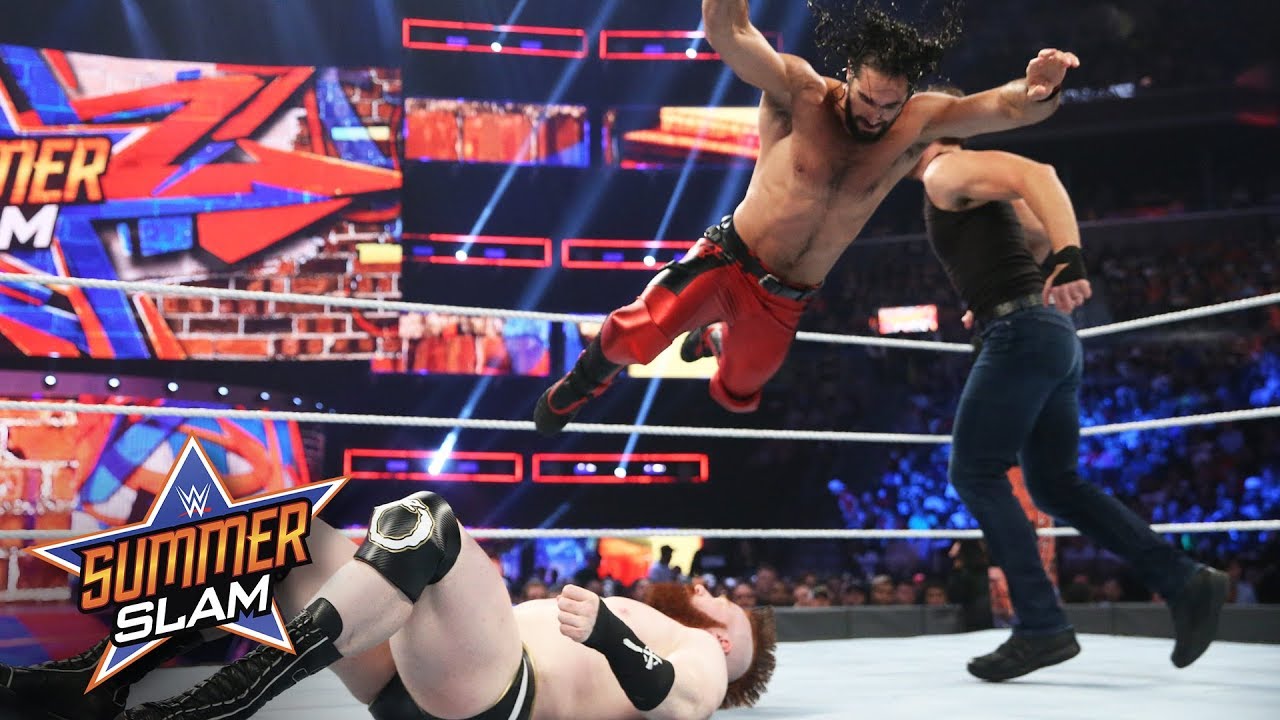 2/3 of The Shield won the Raw Tag Team Championships in a very good tag team match at SummerSlam. I’ll hand it to all four guys, they really gave it their all and gave the fans something to cheer about. It was a heck of a moment to see Seth and Dean fist bump in the middle of the ring with the title on their shoulders. We haven’t heard anything about Roman being involved in this little reunion, but what a crazy moment that would be. A man can dream… 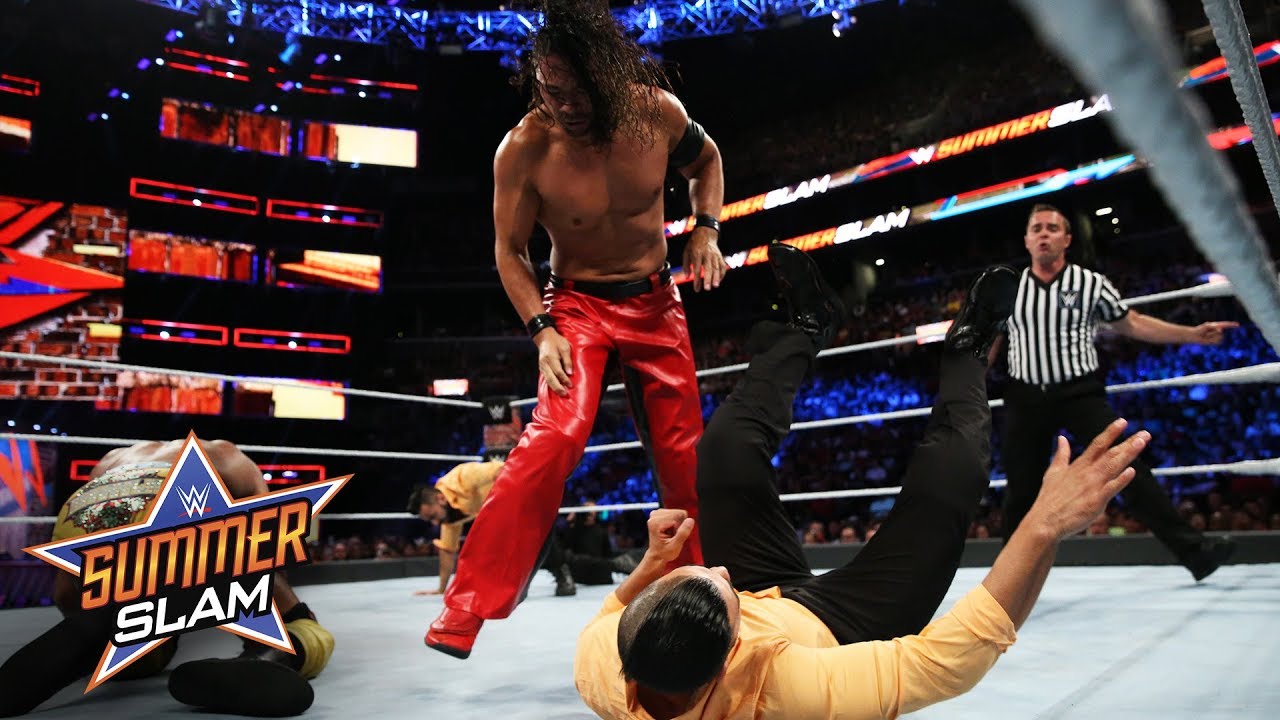 The WWE Championship Match at SummerSlam was pretty underwhelming for me. I didn’t expect Nakamura to win, but Jinder has been winning relatively the same way every match. It’s getting boring to me. I get it, he’s a heel, he gets help. Can we at least do something different like he gets himself disqualified or something like that? I guess I’m getting bored with Jinder’s reign. I want something different, someone who has a more well-rounded character.

Hats off to WWE for having Lesnar retain the title when everyone expected them to have him lose it. I think most of the world really thought Roman was going to win and yet Lesnar somehow pulled it out. I’ve noticed that WWE is trying to go against the norm lately a little bit more than in the past. I really appreciate that because I feel like they’re listening to the fans a lot more than ever before. I don’t know when we’ll see Lesnar finally drop the title, but I suspect it will be at No Mercy. I’d personally do it on Raw TV just this once as a reward for the Universal Title being off TV for so many months. I hope that Joe or Strowman become the next champion, but time will tell.

That’s it for this week! Come back next week for the fallout from Takeover and SummerSlam!