This one is considered the “lost” Ladder Match between Edge & Christian and The Hardy Boyz. This one was shortly after their chaotic TLC match at SummerSlam 2000 and it’s admittedly a little less action-packed than most of their other matches, but they still put some thrills in here. The fact that they gave this one away on an episode of Raw amazes me.

Chris Jericho and Chris Benoit always had great chemistry in the ring and this Ladder Match was no different. These two had an excellent match at the Rumble that mixed technical wrestling with the dangerous ladders. This one was a really good match that you should check out if you haven’t seen it yet.

I admittedly don’t remember much about this match. It was the third fall of a 2 out of 3 Falls Match so it probably got lost in the shuffle, but it’s here if it peaks your interest. 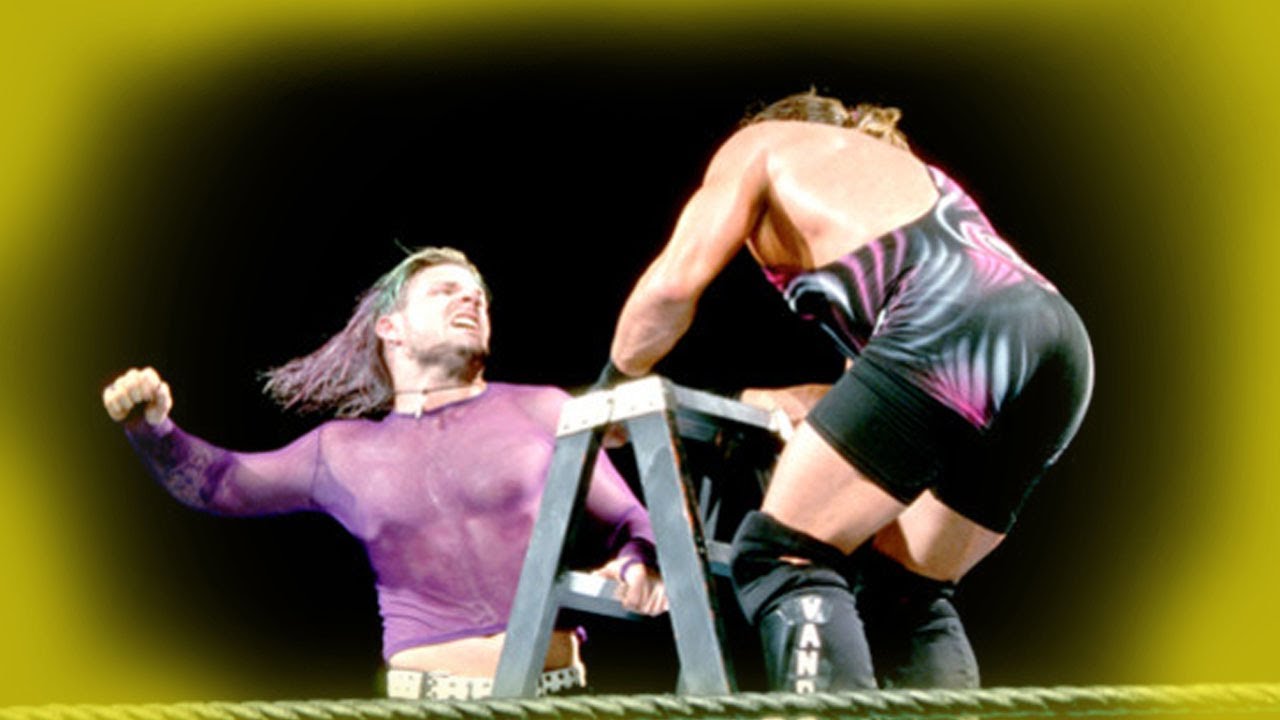 This was a dream match for many fans at the time. ECW’s favourite son, Rob Van Dam vs. the WWF’s daredevil, Jeff Hardy. This one didn’t disappoint as the two pulled out all the stops. I’m glad we got to see this match when these two guys were in their prime.

15. Edge vs. Christian (C) for the WWF Intercontinental Championship

It was storyline brother vs. storyline brother in this Ladder Match. Christian had turned on Edge and joined the Alliance in this storyline and he felt like he was always being overshadowed by Edge. It was a good story at the time and I remember really hating Christian as a 12-year-old for turning on his “brother”

This match was shortly after Eddie Guerrero returned to WWE. He came in and attacked RVD and ended up beating him for the Intercontinental Championship. This match was the final match of the short feud between the two men and one of the few times we saw Eddie and RVD go at it.

17. The Undertaker (C) vs. Jeff Hardy for the WWE Undisputed Championship 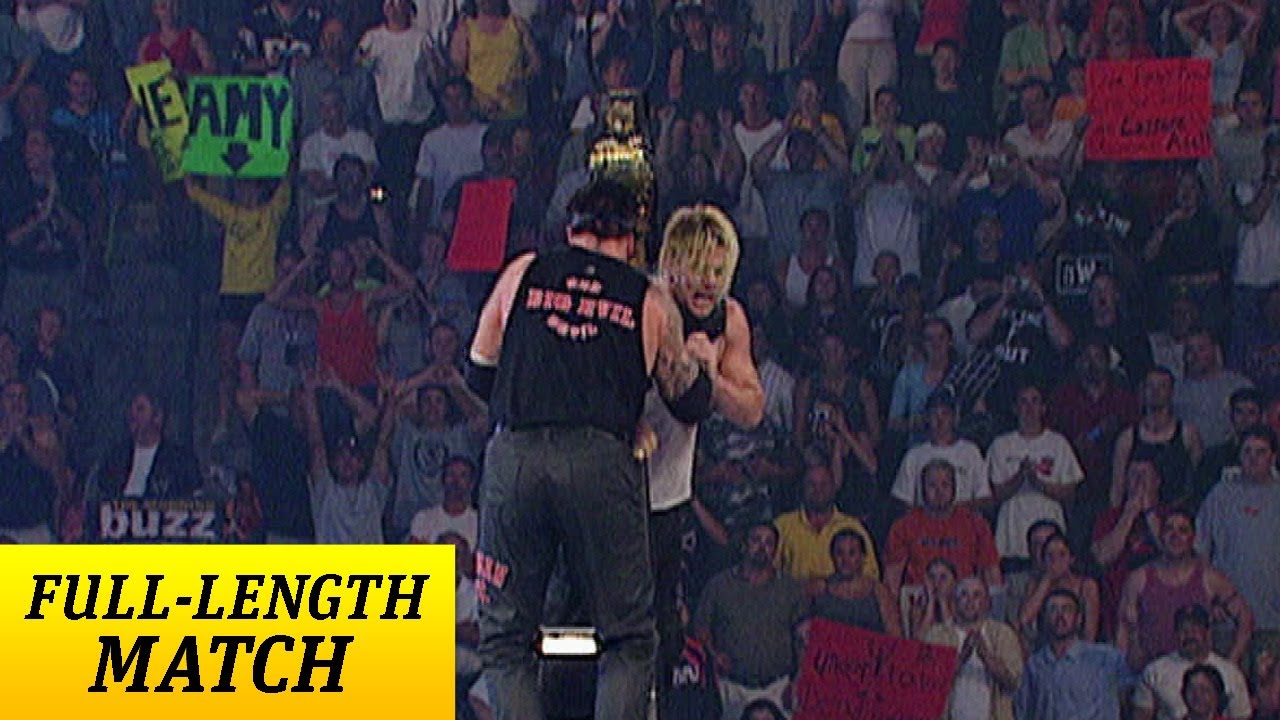 As erratic as Jeff Hardy was becoming in 2002-2003, he still had some bursts of greatness and this Ladder Match against The Undertaker was one of those. Jeff kept provoking Taker until he accepted this match for the WWE Undisputed Championship. Jeff played the ultimate underdog and there were points when it really looked like he was going to take the title. It wasn’t the best Ladder Match, but it was A+ story-telling. 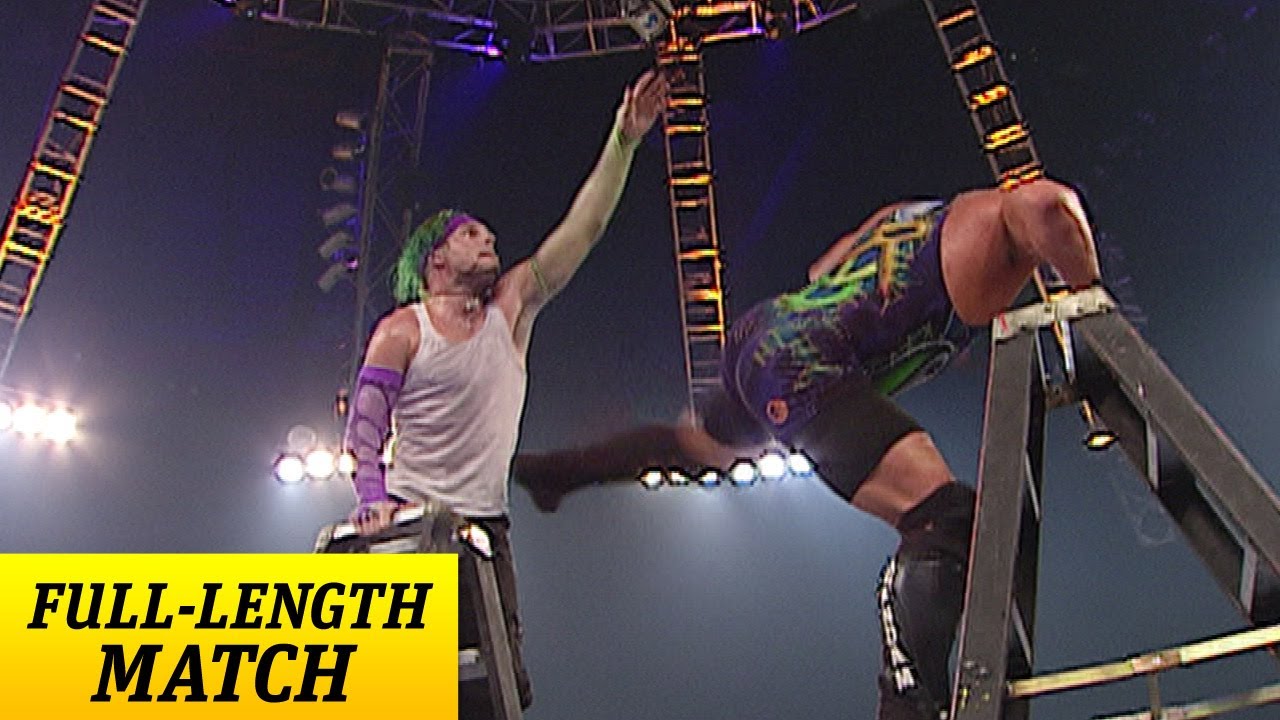 Jeff Hardy and RVD did battle one more time with a ladder involved in a Title Unification Match for the Intercontinental and European Championship. I liked the first match between these two better than this one, but this one wasn’t bad.

19. Triple H vs. Shawn Michaels (C) – Third Fall in a 3 Stages of Hell Match for the World Heavyweight Championship

Triple H and Shawn Michaels has about every type of match you can think of including a Ladder Match as the third fall in a 3 Stages of Hell Match for the World Heavyweight Championship. I don’t remember this one at all, but I assume it was at least decent considering the two guys involved. 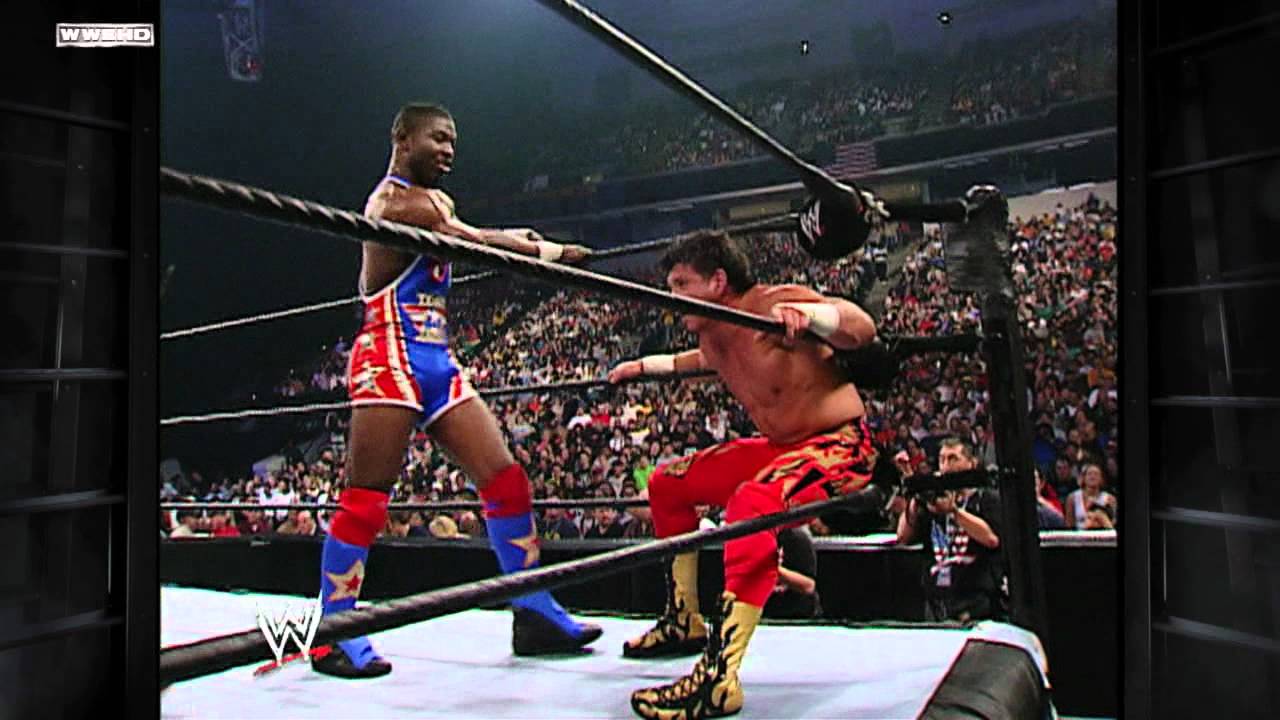 I was always impressed with what Shelton Benjamin could do with a ladder and adding Eddie Guerrero to the other side made this match a hidden gem. I don’t think many people saw this one, but I’d say it’s worth watching.