The New Day Gets The Last Word 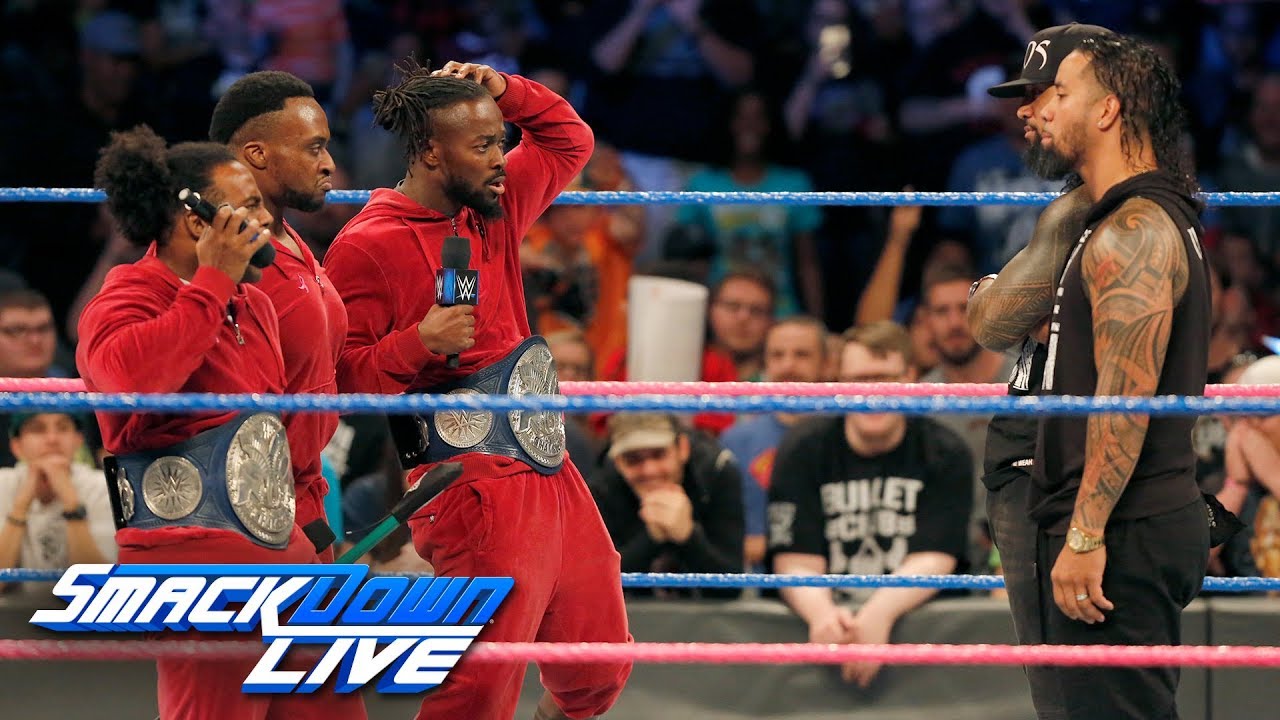 The Usos and The New Day have had one of the best rivalries in WWE over the past couple months. These two teams have fantastic chemistry and seem to want to do everything they can to get a leg up on the other team. I’ve really enjoyed this rivalry and I hope it doesn’t end at Hell in a Cell even though the likelihood is that it will. They got the last words in on The Usos before HIAC after weeks of verbal sparring and looked like the more confident team.

I really think that the feud with The Usos has allowed The New Day to mature as Superstars. Everyone sees them as a fun-loving, goofy tag team, but they’re really showing that they have a mean streak in them when provoked. I think this feud could propel them to become one of the greatest tag teams of all-time. That may seem like a ridiculous thing to say for some, but The New Day are proving that their popularity isn’t slowing down anytime soon. 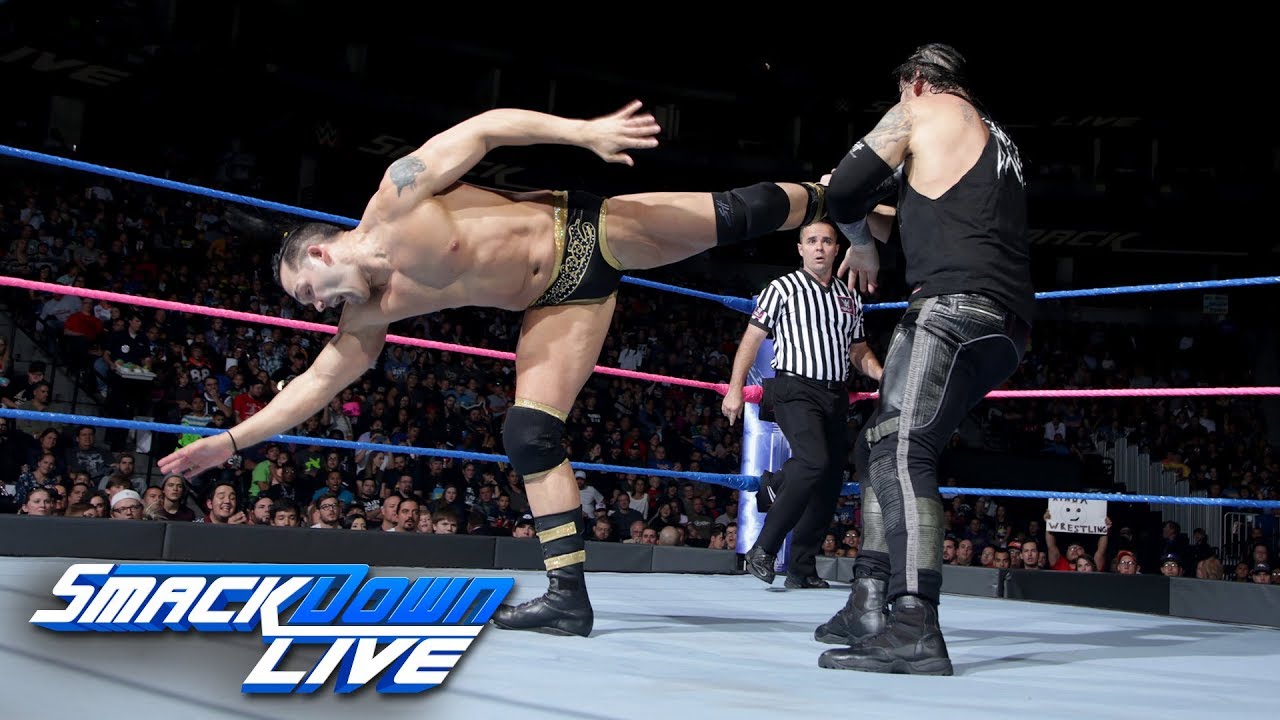 Tye Dillinger got a victory over Baron Corbin on SmackDown and has really embraced every small opportunity he has been given in this feud between Styles and Corbin. In my opinion, WWE doesn’t do enough of these multiple person feuds anymore and I very much enjoy them. It’s harder to tell where a feud is going to go with more people involved. There’s more of a surprise factor.

I think it would be a great idea to get Tye into some prominent storylines more often. He’s an entertaining guy and he can play the underdog role so well. The fans love him and I think a long, drawn-out feud for the United States Championship with a win after a few months could be something special. I don’t want him to end up like Apollo Crews or The Ascension who had such great runs in NXT only to fizzle out in WWE. 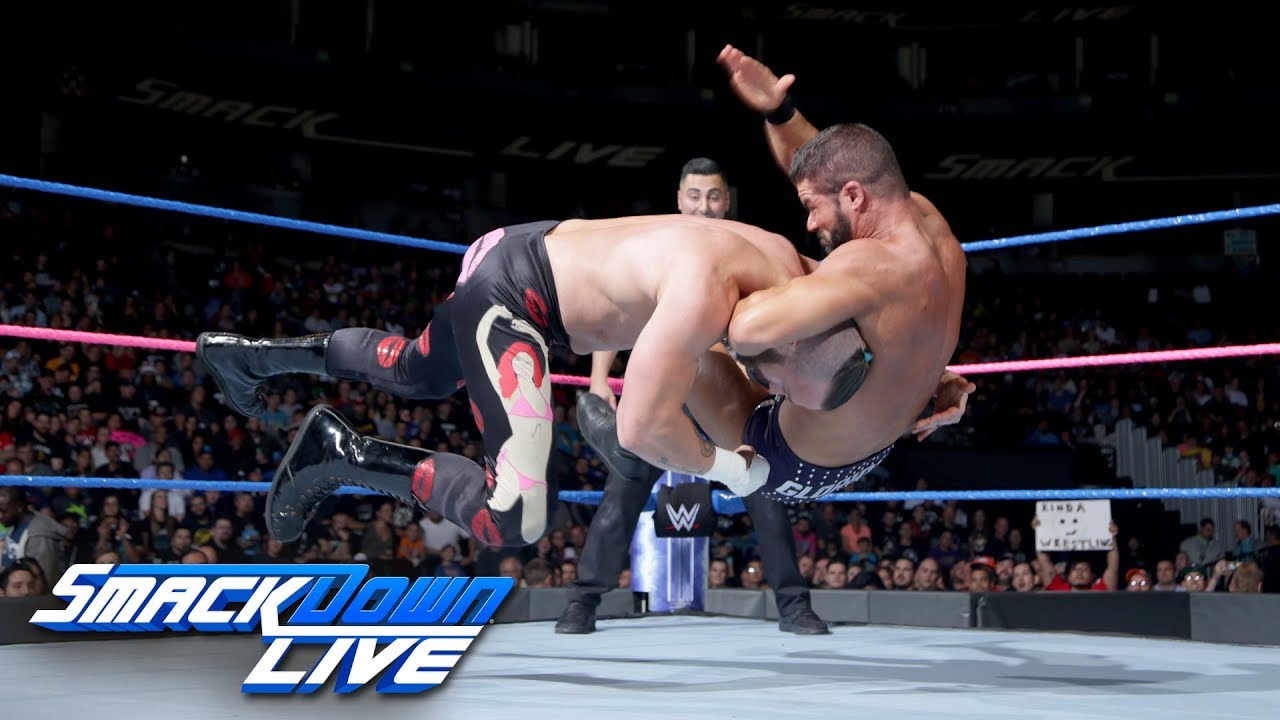 Dolph Ziggler continued his mockery of entrances this week by using confetti, horns, and everything else. This is as real as I’ve ever seen Ziggler and I really think that most of what he’s doing is pretty close to how he really feels. This is a guy who has consistently been overshadowed by all kinds of other Superstars during his lengthy run in WWE. I’m glad that he’s getting this storyline at what could be the tail end of his WWE career.

On the flip side of all of this, Bobby Roode couldn’t have asked for a better first feud in WWE than one with Dolph Ziggler. These two will create magic in the ring and their personalities are quite the opposite of each other. I think this will make for an interesting feud, I just hope it lasts a bit longer than just Hell in a Cell. 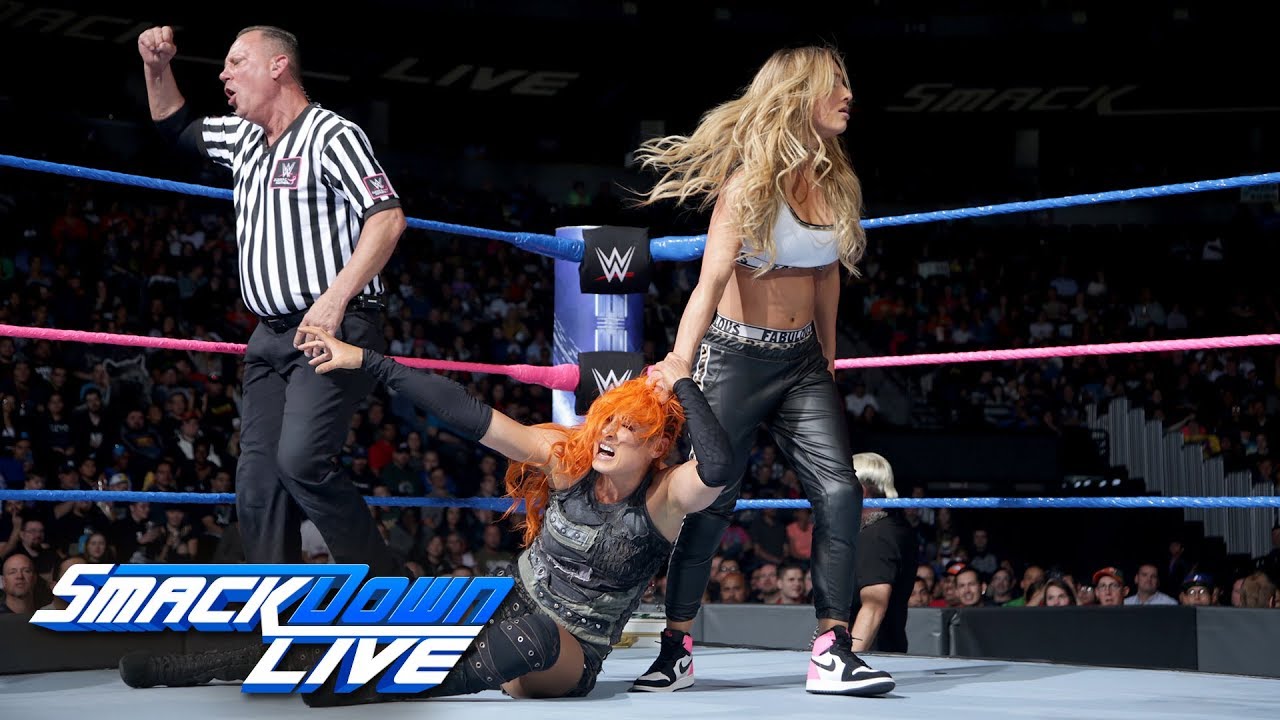 Ever since Carmella won Money in the Bank, she’s been kind of taking a back seat to everything. Sure, she’s had a few matches and she’s made James Ellsworth an even bigger lackey, but she’s been pretty quiet for the most part. My question is, why? Carmella is one of the best women on the mic in all of WWE yet we barely hear from her anymore. She’s been treated like she’s an ordinary woman on the roster, no big storylines or anything, just random matches here and there.

My theory on Carmella is that she will cash in her Money in the Bank contract imminently and WWE is trying to downplay her now so that the surprise will be bigger when she does. WWE does this from time to time with stars that they’re going to push. It’s a good way not to over-saturate the audience. I could be way off base here, but that’s my guess as to why The Princess of Staten Island is kind of spinning her tires right now.

This Kevin Owens/Shane McMahon feud has gotten intensely personal. Sami Zayn even warned Shane that Kevin Owens is a lot more dangerous than Shane thinks he is. Shane found that out the hard way chasing Kevin into the concourse later on. Kevin would hit a Powerbomb through the merchandise table, he would then headbutt Shane in the ring and deliver a Pop-up Powerbomb. There wasn’t much going right for Shane on this night.

It’s strange to me that Owens got the upper-hand going into Hell in a Cell. I expect that Shane will lose at HIAC, so I definitely thought that he would get the last shot in before the event, but that didn’t happen. I think these two are going to have an interesting HIAC match, but I’m concerned we’re going to see a stupid spot that could hurt one or both of them so I’m hoping that doesn’t happen.

This SmackDown was all about Hell in a Cell and they built up each match going into the event nicely. I think it’s going to be a good event (I haven’t watched it prior to writing this). I really think SmackDown has been doing a great job of building their storylines and I tend to enjoy their PPVs more than Raw’s.