The 10/9/2017 WWE Raw Analysis features my thoughts about the Neville situation, The SHIELD reuniting, Sister Abigail, and much more. 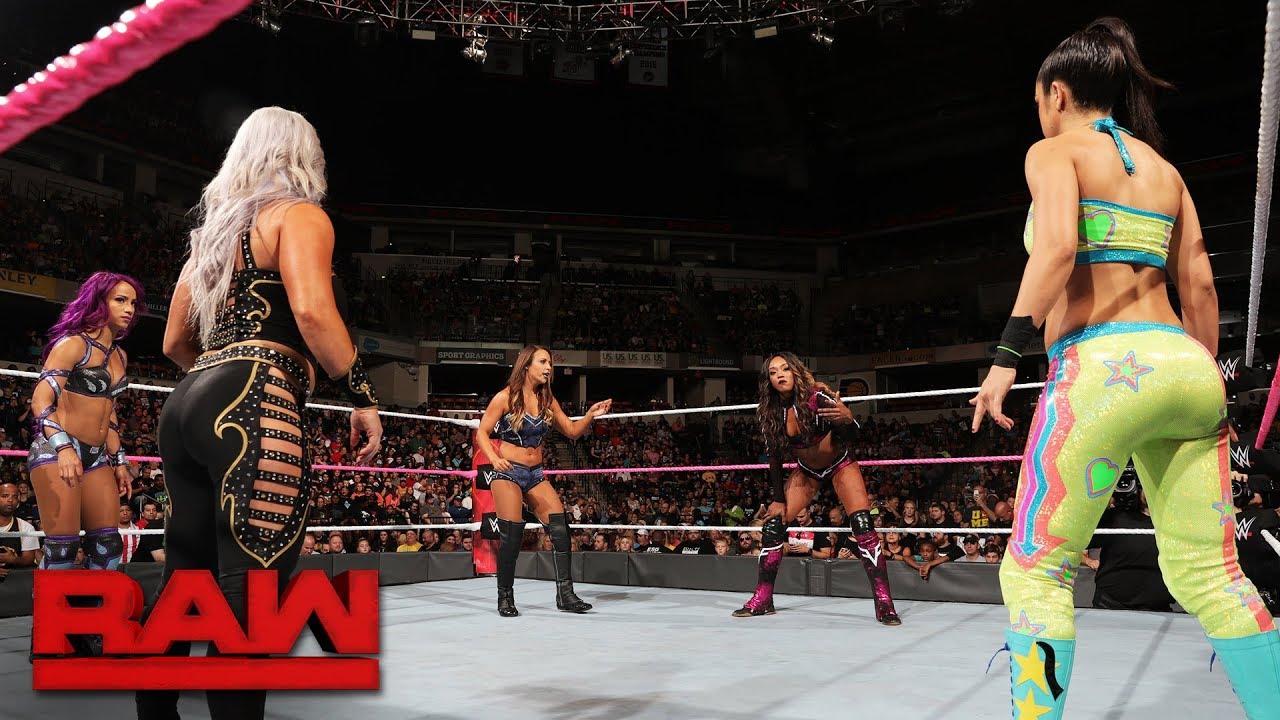 In a bit of a surprise, Emma ended up winning the match which is the first high-profile victory that she’s had in a while. I really expected someone like Sasha Banks or Bayley to win the match considering their popularity, but it was great to see Emma finally get some recognition. These two have faced off in NXT before so I expect them to have a good match and I think Emma will help make Asuka look great in front of Raw fans who haven’t seen her in NXT. 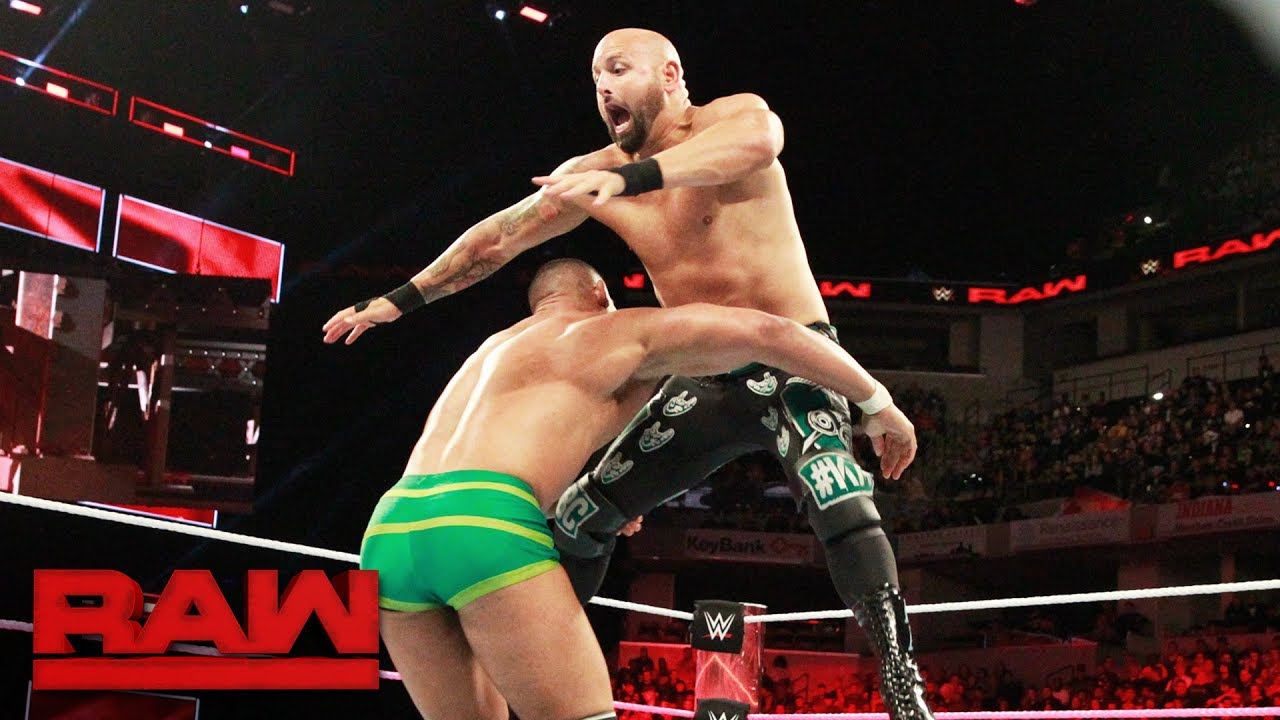 Jason Jordan has really taken some steps back since being revealed as Kurt Angle’s son. This would have been a tall order for anyone to complete, but it was that much harder for Jason considering he was only known for being in a tag team up until that point. It’s not that Jason isn’t capable of the role, but he hasn’t really been pushed in a direction to which he can succeed. He unsuccessfully challenged The Miz for the Intercontinental Championship on multiple occasions and now he’s involved in a small feud with Anderson and Gallows.

I really question whether WWE has any idea of what they’re going to do with Jason Jordan. I think they expected the crowd to be fully behind him and they’ve been lukewarm at best. This is the problem with breaking up a successful tag team to invest in one guy, sometimes it just doesn’t go as planned. I can honestly say that I would much rather see American Alpha tearing it up on SmackDown than Jason Jordan getting random wins on Raw. The only good thing to come of it is that tag team of Shelton Benjamin and Chad Gable. 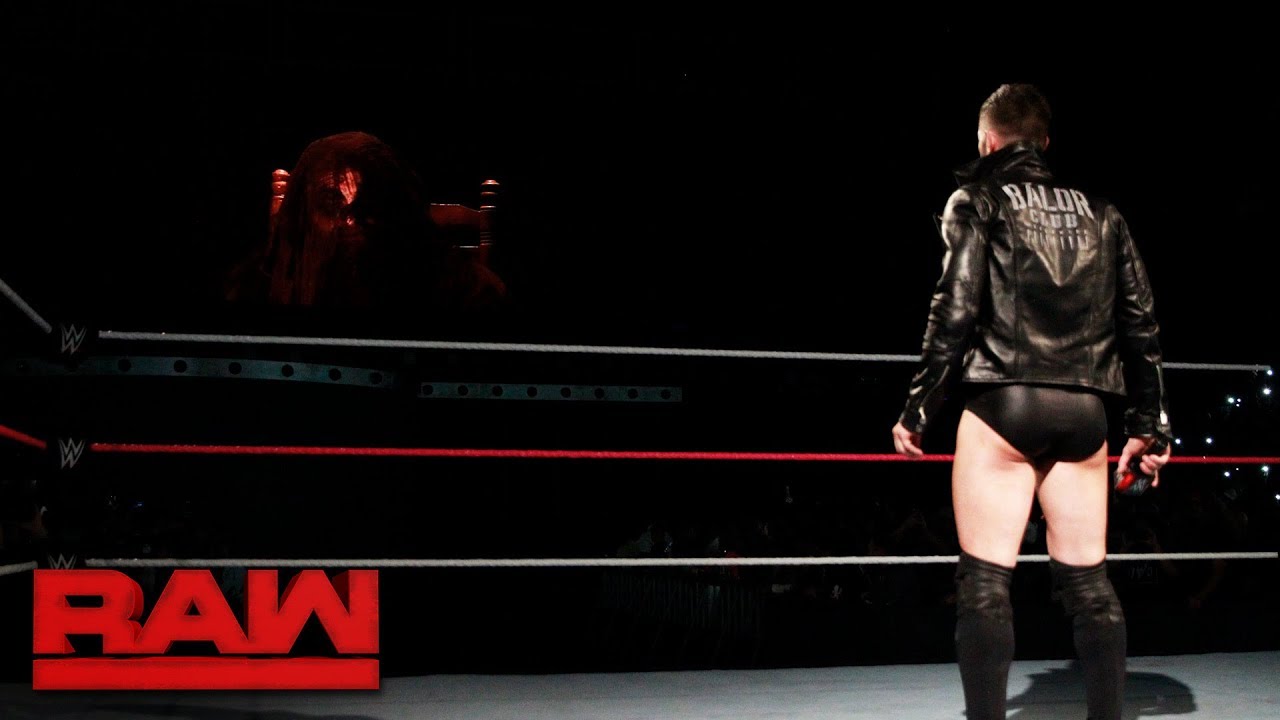 After seeing a glimpse of Sister Abigail last week on Raw, it looks like she’s finally been revealed…and she’s not really a she at all. Sister Abigail seems to be the alter-ego of Bray Wyatt in what is one of the most creative things WWE has done in years. Bray was hidden behind a veil and spoke to Finn Balor about being worse than anything he’s read in his Irish Mythology books. This was a cool layer to add to Bray’s character, but I’m curious how they’re going to pull this off and what’s to come. I think I would have preferred a real character, but I can’t fault WWE for doing something completely unique. 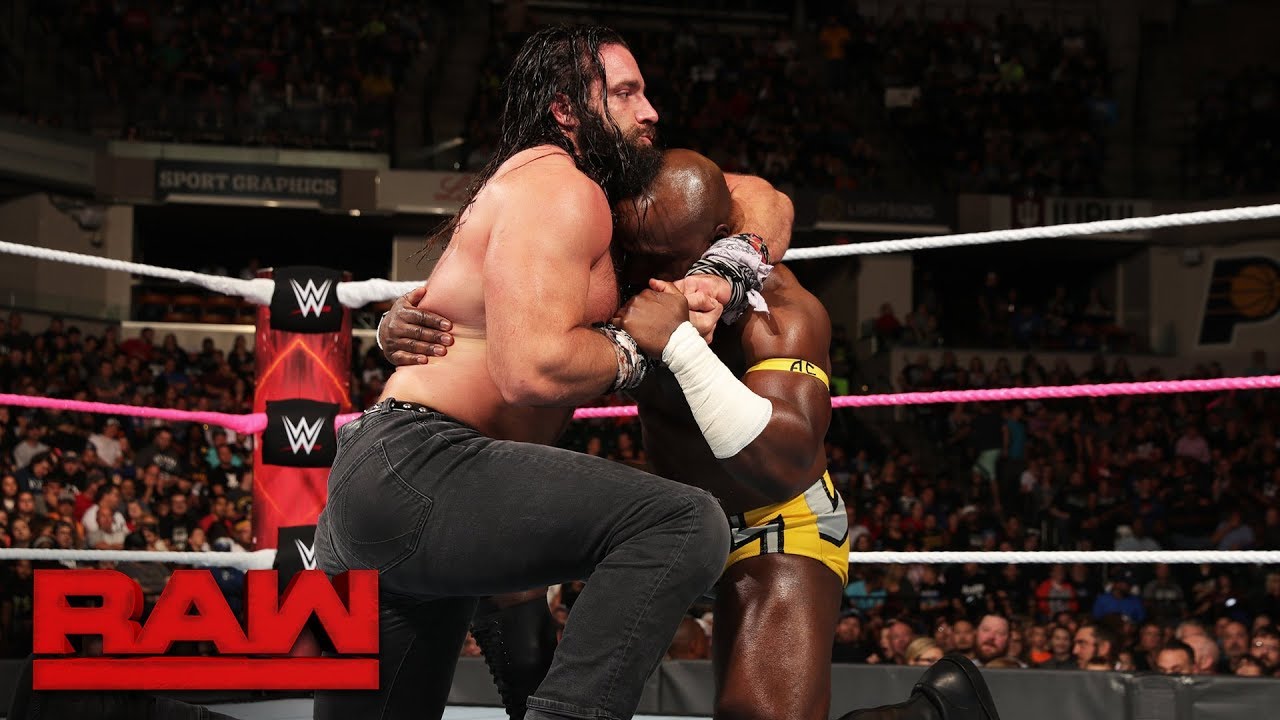 I’m going to level with you, I hate Elias Samson when he was in NXT. He didn’t entertain me at all and I really thought he was going to be released. This is why fans don’t call the shots. I was wrong. Elias has been one of the best characters on Raw over the past few months. His weekly songs are witty and entertaining, he’s become a well-rounded wrestler, and he has a lot of confidence and charisma. He’s been on a nice little run and I, for one, wouldn’t be shocked if he turned face and was next in line for the Intercontinental Championship. It’s a story that’s consistent within WWE, though, they just don’t have much space for him to move up the ranks. 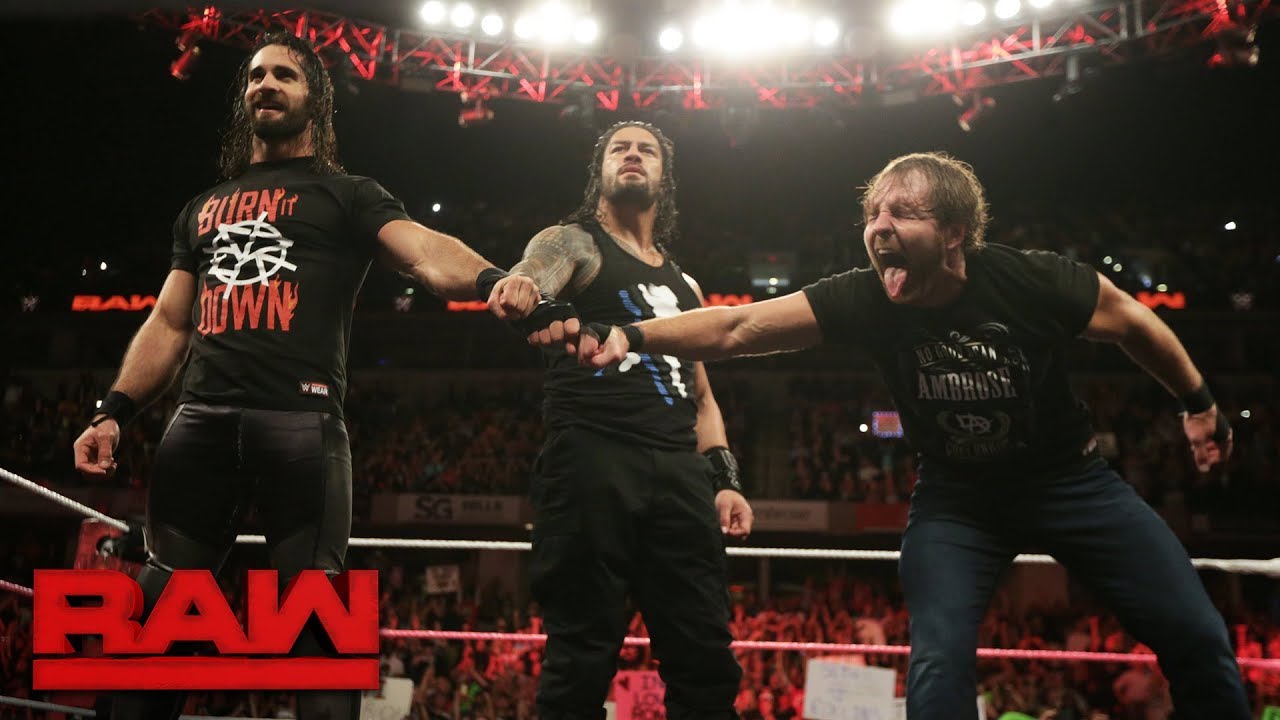 As everyone expected, The SHIELD reunited on Raw as Dean Ambrose, Seth Rollins, and Roman Reigns ran roughshod all over Raw first taking out The Miz and then Braun Strowman. We got to see all the signature SHIELD stuff like circling the ring, the fist bump, the Triple Powerbomb, heck, even new t-shirts. It was great to see such a powerful faction back together and I was ecstatic like mostly everyone else.

The one concern I have about The SHIELD is how long is this going to last and what’s the endgame going to be? They’ll face off against The Miz, Cesaro, Sheamus, and Braun Strowman at TLC in a TLC Match. That match should be a good one, but is it going to lead to better things for any of The SHIELD members are are we on a nostalgia trip? I personally would love to see this run all the way to WrestleMania with Ambrose and Rollins helping Reigns win the Universal Championship and becoming massive heels in the process. For right now, though, I’m happy with this team as faces causing trouble all over Raw. 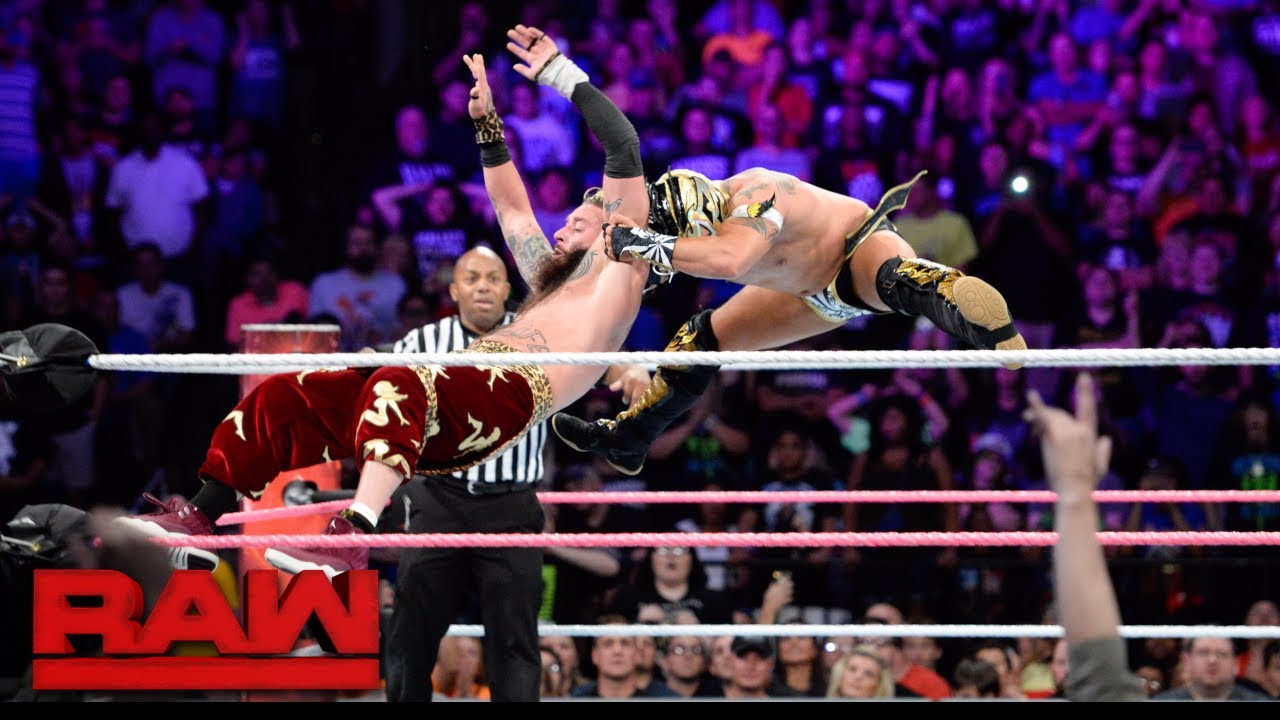 Kalisto became the new Cruiserweight Champion on Raw dethroning the much-disliked Enzo Amore in a Lumberjack Match. Kalisto came out to his old theme music which was strange to me because his new song is so much catchier than the old one. It was one of those feel-good moments that will probably be cut short when Enzo wins the title back at TLC, but it was still a great way to end Raw.

It’s been a developing situation over the past week, but it seems that Neville has asked for his release from WWE after not being present at Raw. Neville has been the anchor of the Cruiserweight Division since late last year and certainly had designs on becoming a bigger star within WWE. Word was that he was scheduled to lose to Enzo Amore on Raw and never showed up. It’s hard to fault Neville for feeling this way, he may be the single most-talented star that WWE has under contract.

I really hope the two sides can come together on something because it would be a shame to see Neville walk away right now in the prime of his career. This is another cautionary tale about having too much talent under contract and not enough ring time available. Eventually, stars are going to get fed up and leave as Austin Aries and likely now, Neville, have done. As I’ve said before, WWE has enough talent for a fourth brand and I really think that it might be time to think about creating one.

WWE has really stacked up Raw over the last few weeks with The SHIELD, Sister Abigail, and even a new Cruiserweight Champion this week. There wasn’t much not to like about Raw this week.