FYIG WWE Weekly Analysis #1 includes my thoughts on Kurt Angle returning to the ring, Kane’s return on Monday Night Raw, and much more! 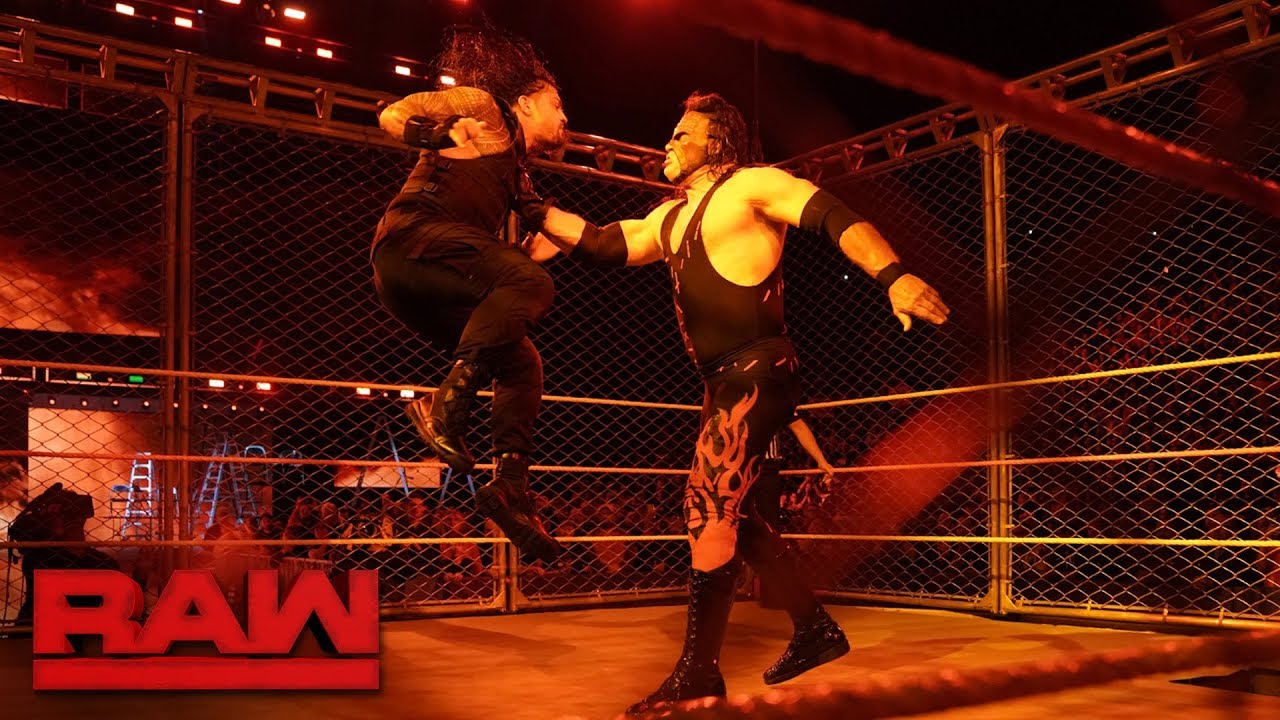 In a shocking turn of events on Raw, The Big Red Machine, Kane, made his return as a heel during the Steel Cage Match between Roman Reigns and Braun Strowman. Kane came up through the ring and destroyed Reigns to make it a 5 on 3 match at TLC this Sunday. I’m wondering how they’re going to explain Kane being added to this match considering he had no issues with any of the participants unless he’s trying to punish Roman for defeating The Undertaker.

The other thing I think that they’ll have trouble explaining is how Kane ended up on Raw instead of SmackDown. The last time we saw him, he was on the blue brand, now he shows up on Raw. I don’t like that WWE continuously undermines their own brand split by putting anybody wherever they want when they have an idea for them. It’s still nice to see Kane back and I look forward to figuring out how he fits into all of this on Sunday. 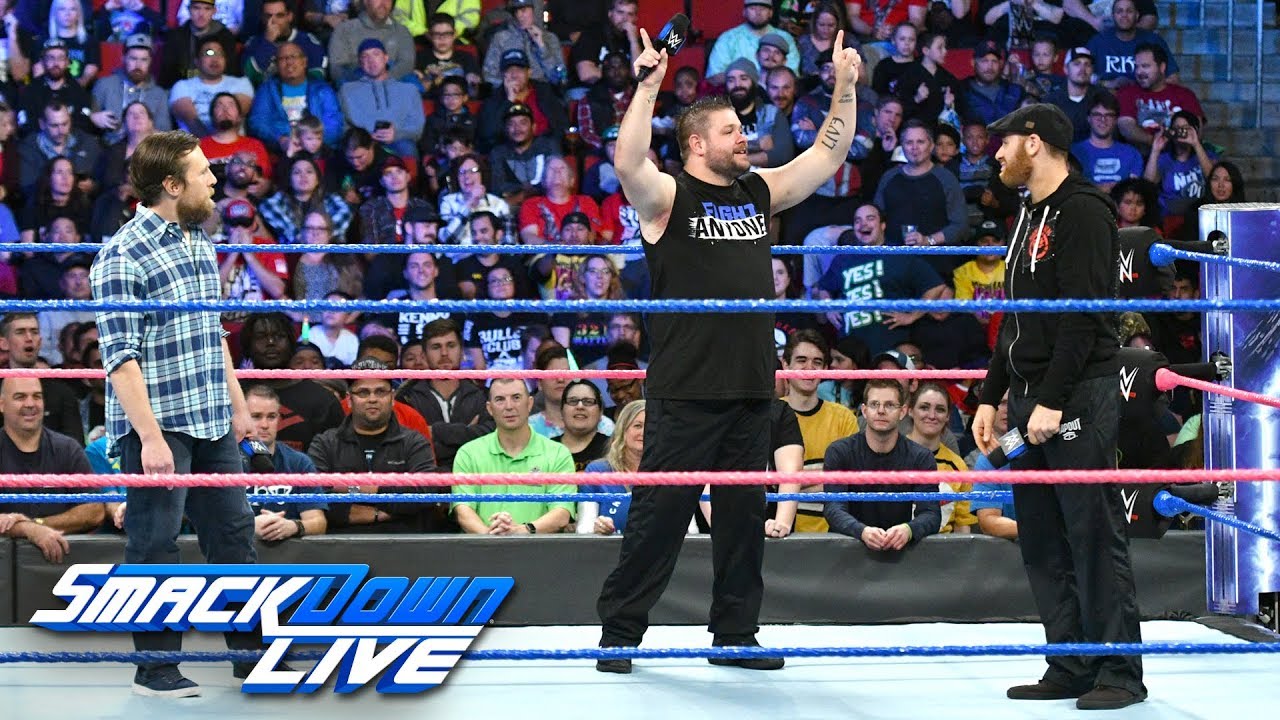 Kevin Owens and Sami Zayn look very much like the pairing of Chris Jericho and Kevin Owens from 2016-2017. These guys find a way to win, don’t care about authority, and are becoming the most interesting personalities on SmackDown. They got the win over Shinsuke Nakamura and Randy Orton and will have Shane McMahon to deal with next week.

I’m curious as to where this story is going to go, but I hope that Sami Zayn becomes the focus of it. If he somehow gets a WWE Championship reign out of all of this, it will all be worth it. Kevin Owens has been so good that everything he touches becomes one of the hottest stories in WWE so I have no doubt we’re in for a good few months here. 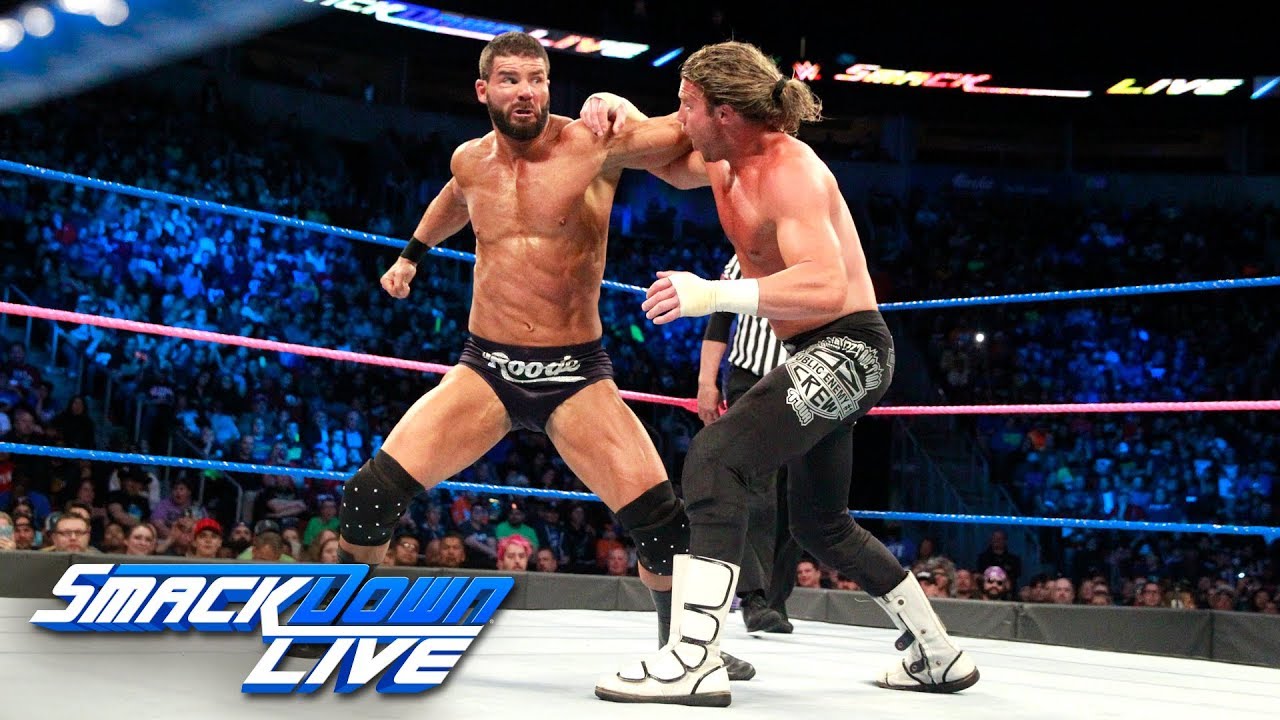 Dolph Ziggler surprisingly defeated Bobby Roode on SmackDown. Does this mean there is life left in Ziggler in WWE? Who really knows? All I do know is that Dolph’s character right now works for him and I think that he can really start building his character up from here. I’d love to see WWE take Ziggler more seriously. He could have a fantastic championship reign if he’s given the opportunity. 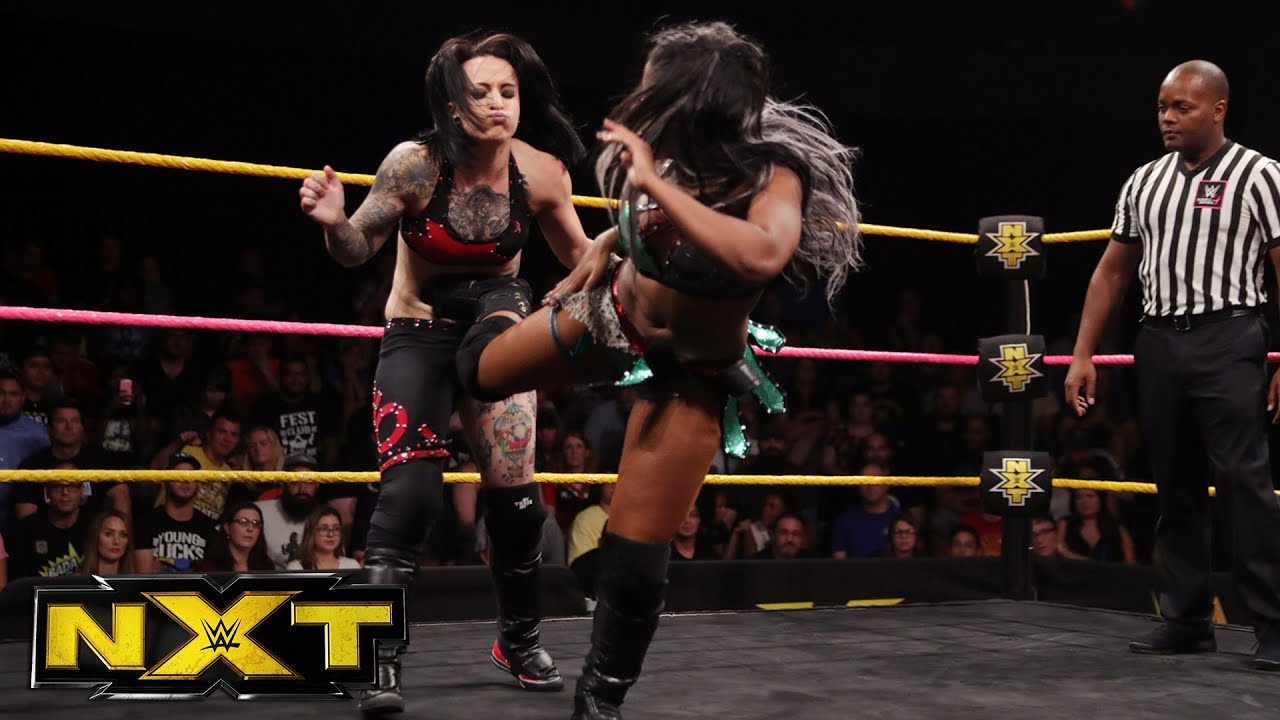 Ember Moon became the third woman to qualify for the NXT Women’s Championship Match at the next TakeOver event joining Kairi Sane and Peyton Royce as the other two combatants thus far. It’s shaping up to be a good match so far and I really don’t know what way they’re going to go with it. Ember Moon seems like the obvious answer to win it, but maybe they’ll go with a heel champion like Peyton or a rookie champion like Kairi. Plus, there’s still the fourth woman to be added to the match as well.

My thoughts are that Ember Moon should win the championship and have a quick 3 to 6-month reign before moving up to the main roster after WrestleMania. It will solidify her status as one of the top women in NXT and it will build her up for her eventual main roster debut. I really don’t want to see Kairi win it yet as I feel that would be way too fast and I’d be much more invested in the chase with her than I would be with her as the champ. 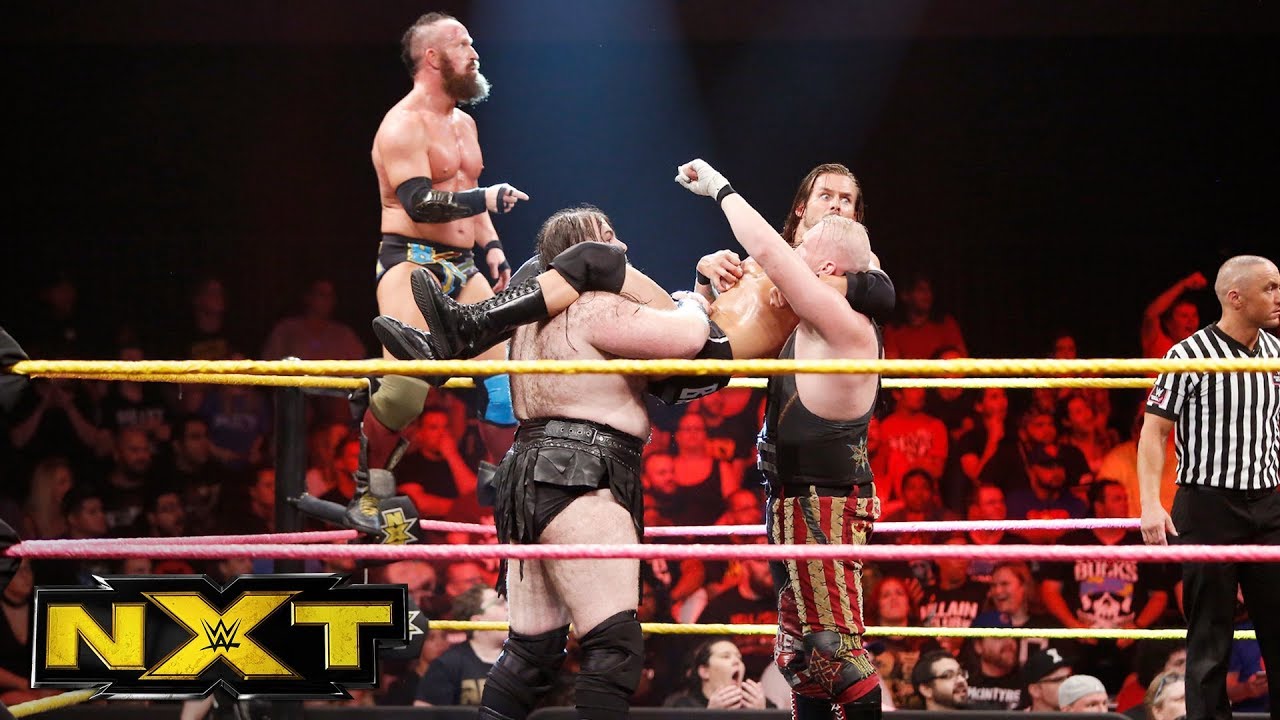 Sanity and The Undisputed Era have been at odds for weeks now and this week, another team was added to the fray with the return of The Authors of Pain. Now, the match has already been spoiled online, but I won’t say anything just yet about it. I think these three teams are going to have a great feud with each other and this is something I’ve been wanting to see more of in WWE. We don’t need 10 one on one or two on two feuds. Mix 3 or 4 teams together for titles. Have Triple Threat matches for singles titles. Part of what makes WWE exciting is unpredictability and adding more stars to a match does just that.

A viral outbreak has seemingly hit the Raw locker room as Bray Wyatt and Roman Reigns are being kept off the TLC show. I never remember something like this happening in all the time that I’ve watched wrestling. My question is, do these stars not get vaccinated for these diseases? The rumour is that it’s the Mumps which has a readily-available vaccine. Sure, it’s not 100% effective, but it just seems strange that big entertainment stars are falling ill like this. Of course, this destroyed a couple big matches for TLC including the reunion of The SHIELD but WWE gave us the next best thing.

Kurt Angle Returns to The Ring at TLC

Oh it’s true, it’s damn true! Kurt Angle is returning to a WWE ring for the first time in 11 years alongside Dean Ambrose and Seth Rollins to take on The Miz, Cesaro, Sheamus, Kane, and Braun Strowman. It’s a weird way to get Kurt back in the ring but he’s definitely a suitable replacement for Reigns. I just wonder how they’re going to explain this storyline-wise. Kurt Angle is pretty impartial so it doesn’t really fit very well. Still, I’m super-excited to see Kurt back in the ring. He’s one of the greatest of all time and I think he’s going to get an insane reaction when he comes out.

AJ Styles to Face The Demon 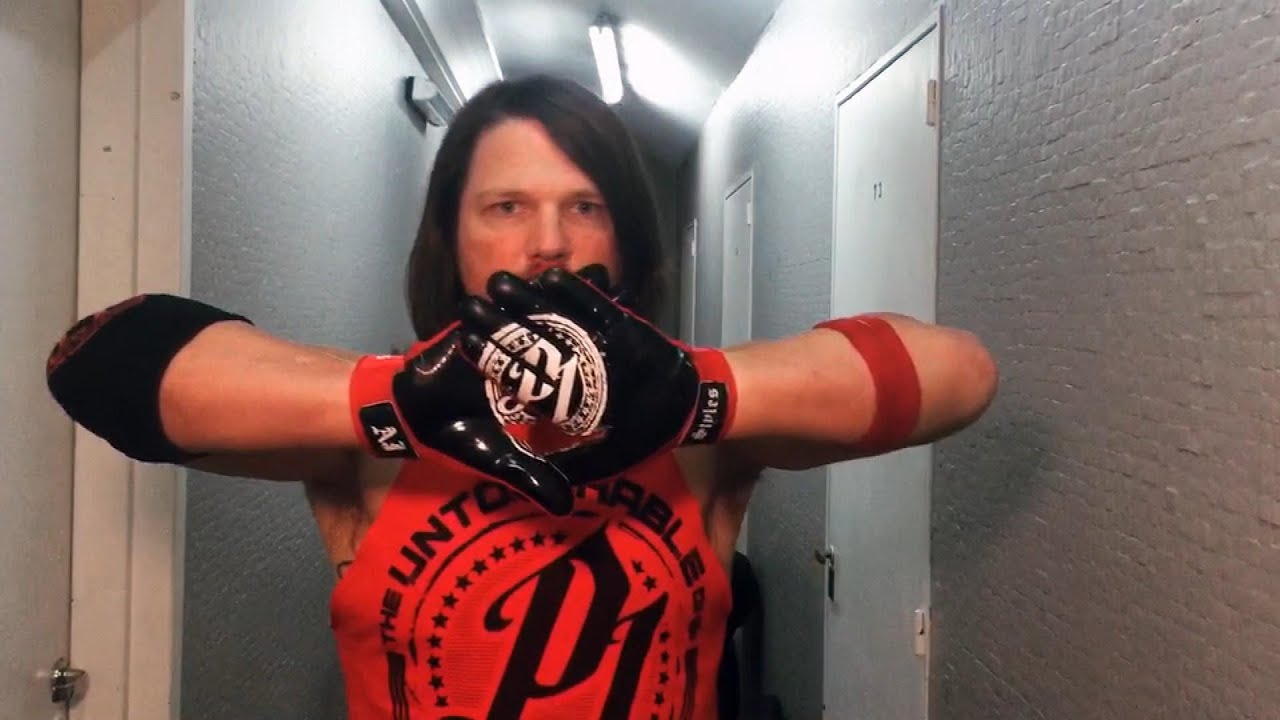 The other change at TLC is that Finn Balor will now face off against AJ Styles in a dream match with no build-up whatsoever. There wasn’t much else WWE could do here. Everyone was excited to see Sister Abigail for the first time and I think that AJ Styles was the only replacement that would have worked in this situation. It’ll be a good match, but it likely won’t mean too much at this point. TLC is going to be a peculiar event, but I applaud WWE  for not giving up on it and giving fans something to really enjoy.