My WWE Hell in a Cell 2017 Analysis features my thoughts on the shocking outcome of Kevin Owens vs. Shane McMahon, the tag team cell match, and more. 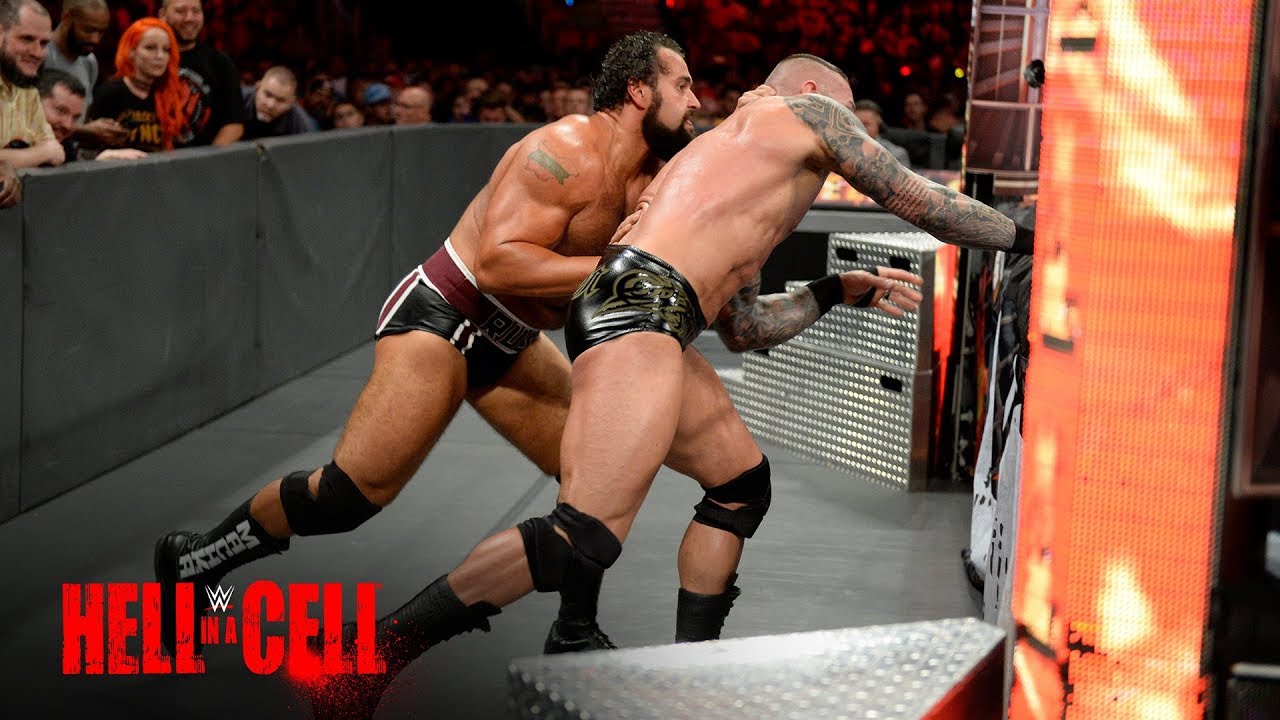 What is up with Rusev? It seems like ever since he returned to the ring he’s had a rough go of things. He hasn’t won any truly meaningful matches since he was on Raw. I wonder if he got on somebody’s bad side in the office because his career seems stagnant right now. Perhaps bringing Lana back as his manager would be best for everybody involved since she isn’t really wrestling much anymore for whatever reason.

As far as Randy Orton is concerned, he seems to be just going through the motions now after some good feuds with Bray Wyatt and Jinder Mahal this past year. Randy is one of those guys that seemingly needs the right angle to really put his all into things. This storyline with Rusev just didn’t really do anything for either guy and it was tough for me to personally care about it at all because we weren’t given a reason to. They had a decent match, but that only goes so far.

The New Day Gets Taken to the Uso Penitentiary 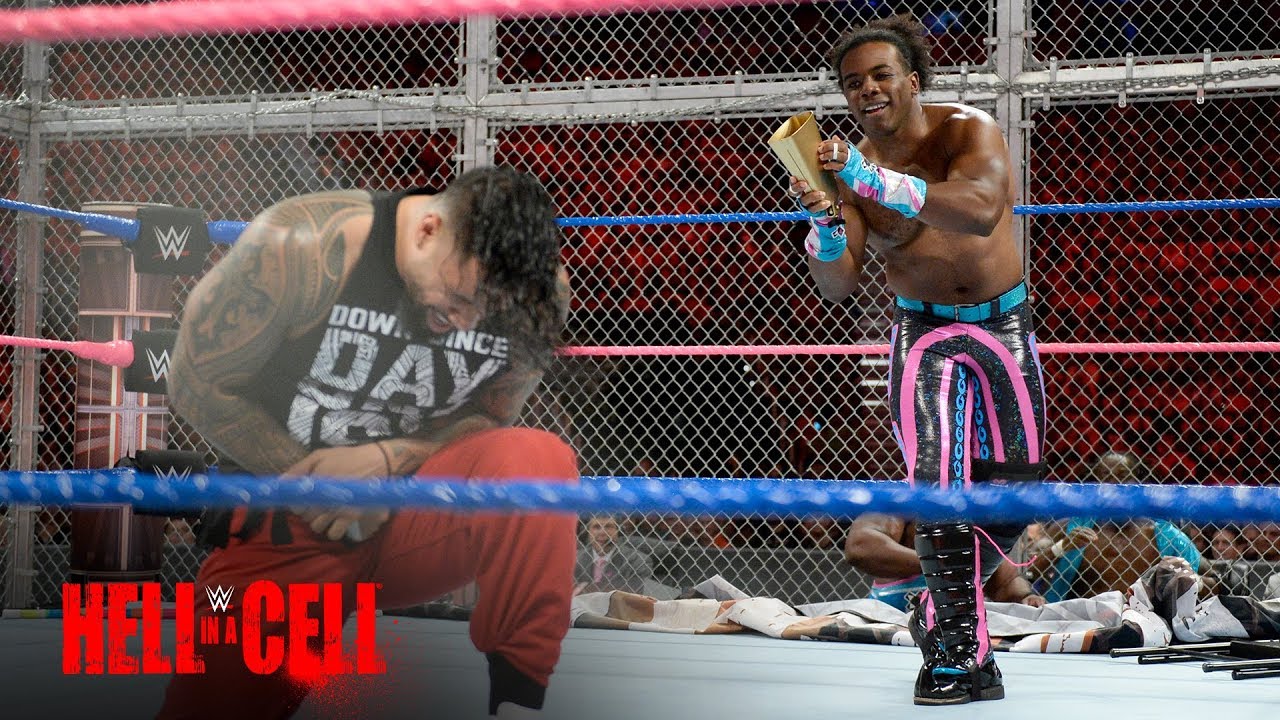 It was a great idea to put The New Day and The Usos inside Hell in a Cell to finally resolve their feud. This match elevated these two teams to even higher levels that they had been before. The New Day showed a side of their team that we haven’t seen before and it made them even more well-rounded. These guys used all kinds of weapons on each other and smashed each other into the cell on multiple occasions. It was much more brutal than I expected it to be.

The Usos ultimately won the titles after a hard-fought match by both teams and I’m interested to see what happens with them next. There’s no shortage of tag team opponents, but I really think that these two teams have a chemistry that can’t be matched. I would expect Shelton Benjamin and Chad Gable to challenge The Usos next (they won their kickoff match) and that could be another big feud for SmackDown if it’s promoted properly.

Corbin Steals The US Championship 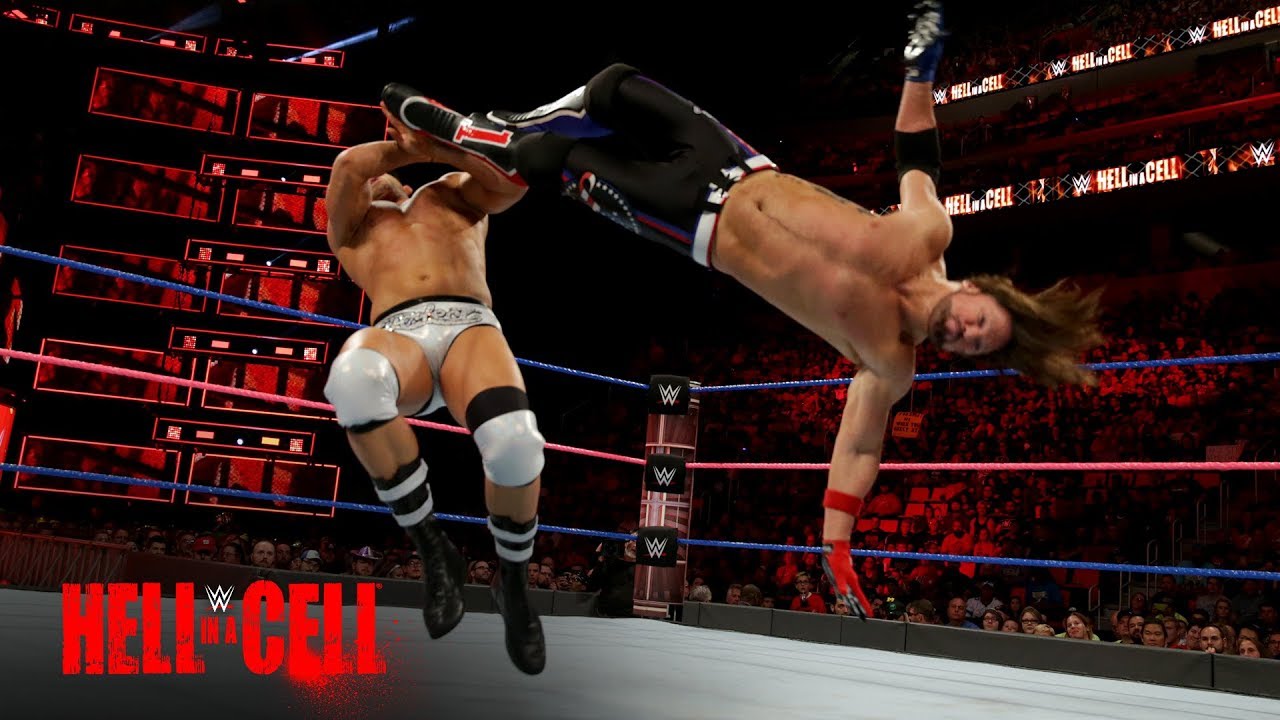 This was a genius booking decision by WWE. They didn’t want AJ Styles to lose clean to Corbin so they added Tye Dillinger to the match during the pre-show so he could take the fall. It worked to perfection as Corbin knocked AJ out of the ring and pinned Dillinger for himself resulting in him becoming the new WWE United States Champion. It was Corbin’s time and I think this was a good way to do it.

I thought AJ carried the US title well and we saw a lot of cool open challenge match-ups on SmackDown that you wouldn’t necessarily see with other guys. I’m sure we’ll see AJ get a title rematch fairly quickly, most likely on this week’s SmackDown. If he loses, I’m kind of wondering where both guys go next. There isn’t a logical next opponent for either guy unless Rusev starts something with AJ and Orton goes after the US title which could be cool because I don’t think he has ever won that title. 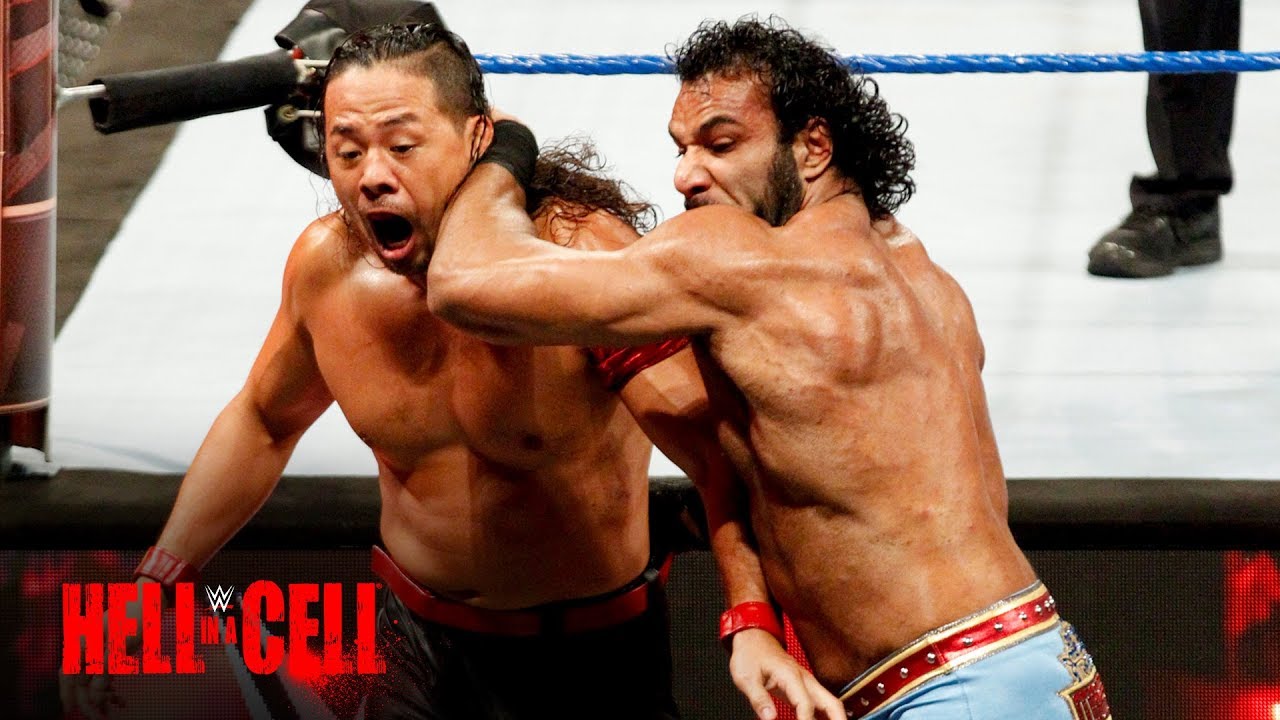 As much as I have not enjoyed the feud between Nakamura and Jinder Mahal, I have to say it has been quite comical seeing Jinder try and keep Nakamura at bay and to keep his title. This time, The Singh Brothers got thrown out but managed to distract the referee before leaving saving Mahal from the Kinshasa. Jinder would then hit The Khallas for the victory. I, for one, hope that Nakamura gets one more shot and finally takes the title although I still think it’s too early and that someone else should be the one to win it from Jinder at this point. Kevin Owens would be my pick even though both men are heels.

The Queen Comes Up Short 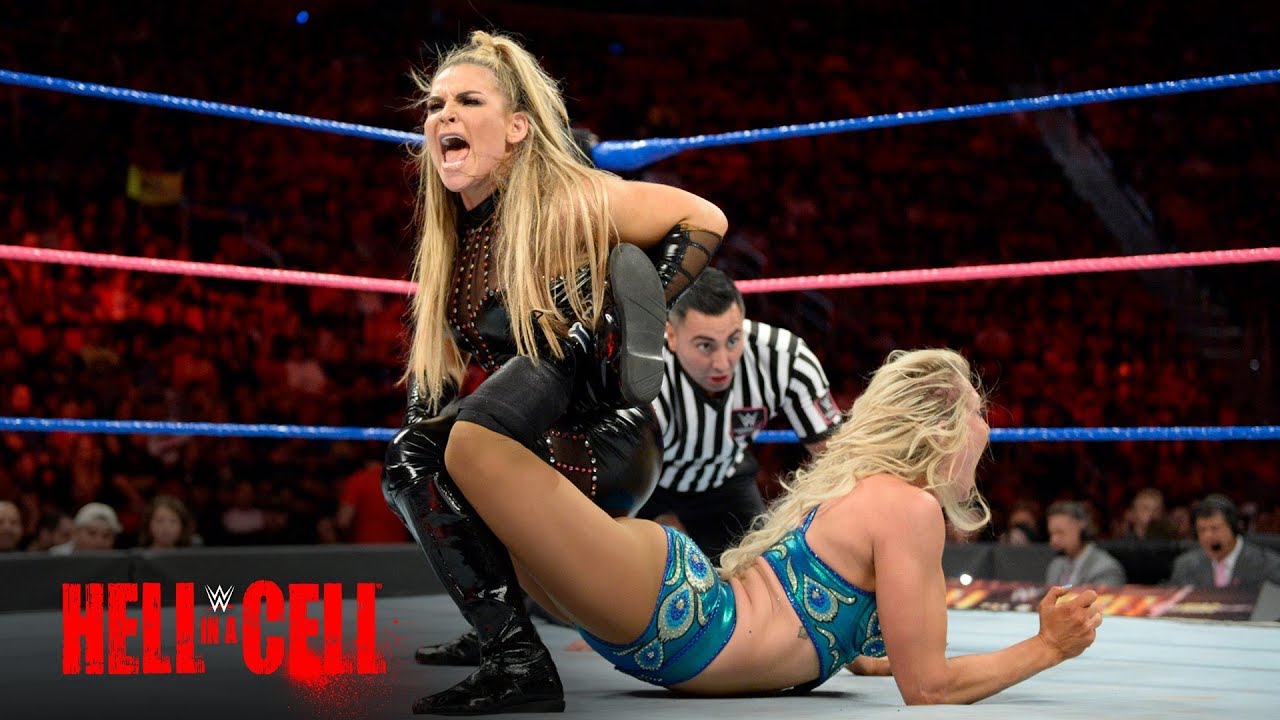 Charlotte Flair and Natalya have a lot of chemistry going back to their big match in NXT. Their match at Hell in a Cell was worthy to stand alongside it, but I thought the injury angle with Charlotte’s knee really took away from what could have been a classic. WWE does way too many injury angles and they didn’t need to do that in this match. Everyone wanted to see these two put on a wrestling clinic and it wasn’t quite at that level.

The good thing about all of this is that Charlotte won by DQ and that this feud looks to be continuing into the next PPV. I hope that we can get away from the injury angle at that one and have these women show what they can do with the chains off. They’re two of the best in WWE, give them 30 minutes and see what happens. 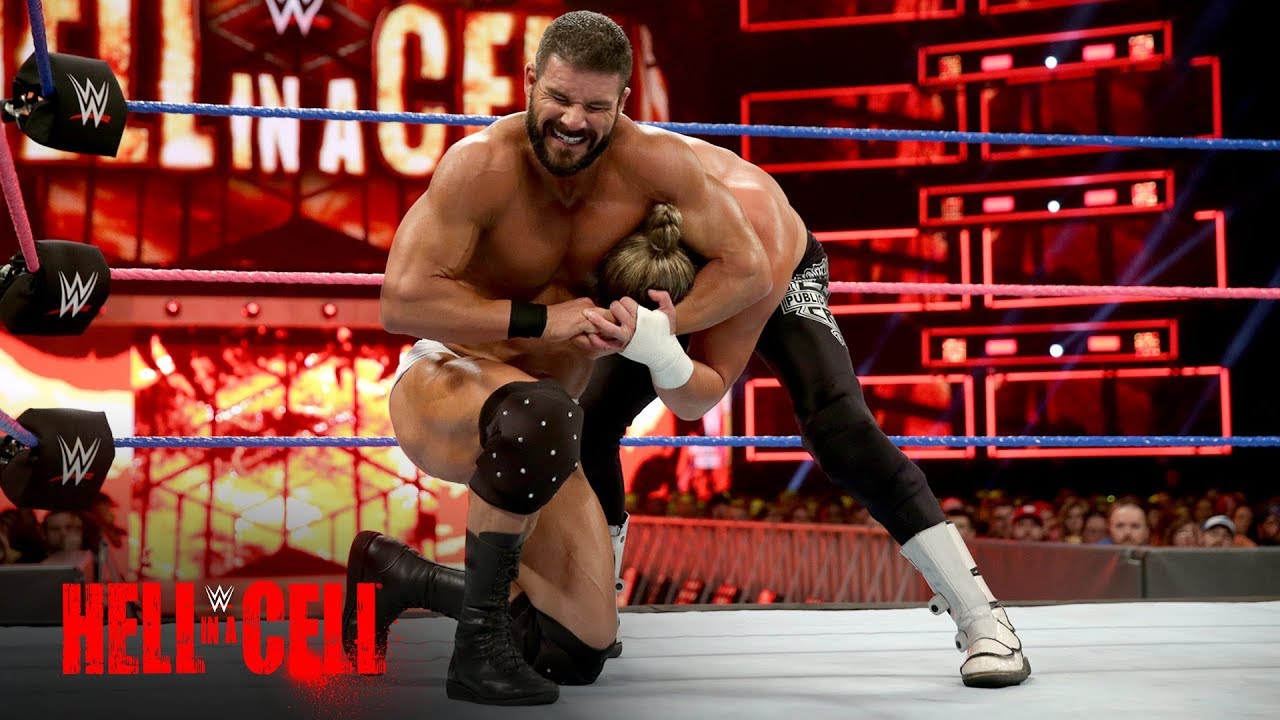 Bobby Roode vs. Dolph Ziggler wasn’t quite as good as I expected. I imagine that they got their time cut down significantly because the PPV ran 3 hours and 36 minutes which is pretty lengthy. Bobby Roode held the tights on Ziggler for the win giving Dolph a taste of his own medicine. I wonder if this will lead to Roode turning heel? I always thought it was weird that he debuted as a face on SmackDown. His character is much more of a heel than a face. Other than that, this match was just ok.

We all knew that the Hell in a Cell match between Shane McMahon and Kevin Owens was going to be personal and brutal, but I don’t think anyone saw the outcome happening the way it did. Kevin Owens and Shane McMahon beat each other up inside, outside, and even on top of the cell. I even thought that they were going to break through the top with how many spots they did on that one portion of the cell. It was Owens who prevailed after Sami Zayn pulled him out of the way of Shane’s leap of faith from the top of the cell. Zayn then pulled Owens onto Shane for the victory.

So what does this all mean? Well, I don’t really know. One of my theories is that it will lead to the return of Triple H and Stephanie, but it’s too early to tell. There are so many ways this story can go, especially with Zayn added to the mix. I think it’s going to be a really diffent feel with Sami as a heel. I’ve never seen him in that role, but it’s something that can push him to the next level if he embraces it. Things certainly got much more interesting in the final moments of Hell in a Cell.

I really enjoyed Hell in a Cell. I thought it was a great PPV for the SmackDown brand and every match delivered something a little different from the last. This event made me excited for what’s to come on SmackDown and that’s the mark of a good PPV.

This Week in WWE – Elimination Chamber 2017