Menu
Friday, May 27, 2022
Sign in
Welcome! Log into your account
Forgot your password? Get help
Create an account
Privacy Policy
Create an account
Welcome! Register for an account
A password will be e-mailed to you.
Privacy Policy
Password recovery
Recover your password
A password will be e-mailed to you.
Find Your Inner Geek
Menu
Home FYIG Features FYIG Chats With... FYIG Chats With Music Artist C. Shirock
Facebook
Twitter
Pinterest
ReddIt
Tumblr
Mix
WhatsApp
Linkedin
Email
Print
Telegram
VK
LINE
Viber
Naver
Flip
Tell us a little bit about yourself.
My name is Chuck Shirock – properly, Charles 😉 I grew up in the Philippines then Scotland before moving to America when I was about 13. I went to college in Nashville and studied music, and started recording and touring shortly after. I’m now between Los Angeles and Nashville, and have just released my single, “Confess Your Love”, which is the first in a series of a-single-a-month over the next 8 or so months, leading up to my album mid-2019.
You grew up in a family of creative individuals and musicians. How integral was that in your development as an artist?
It did, and continues to influence me so much.  My mom was a ballet dancer, and my dad a great jazz guitarist…his dad (my grandfather) a professional pianist… So I grew up surrounded by music and art.  I’m the oldest of 4, and all of us went into creative fields.  My brother in Nashville is a great producer and drummer, and he and I have had the privilege of working together in the last few years as well. It’s amazing to not only be inspired by, but to collaborate with family on some projects.
How would you describe your musical style?
My music is alternative pop.  Everything I write is very personal to me – so there’s a lot of emotion and a sense of urgency to it, I love big anthemic melodies, and I write lyrics like I write poetry…synths and driving rhythms, some guitar – even though it’s pop music, it’s emotional, and I hope compelling.  I think my favorite comparison was “a modern Peter Gabriel and Phil Collins meets U2, with hints of David Bowie, and vulnerable aching vocal that is uniquely C. SHIROCK’s own.” !!  That pretty much sums up everything I would hope the music I make sounded like.
You originally played in a band called Shirock, but recently decided to go on as a solo artist. What went into that decision?
Growing up I always imagined myself as a part of a band – even before I had actual “band members,” I loved the idea of a band, and did everything I could to make SHIROCK a proper “band.” At first, I had some rotating members – my college roommate, a friend from high school, then another friend from college…then my partner at the time started performing with me, she played keyboard and sang backup vocals.  After graduating from college, two other friends joined, and we started touring pretty much non stop in my SUV and a small trailer.  A couple of years later another friend joined playing guitar, and we upgraded to a 15 passenger van and a much bigger trailer… Over the next few years, members continued to change, and we decided to transition from SHIROCK being presented as a “band,” and more of a duo. A few years ago after going through a lot of personal changes, I decided it was time for a change. Behind the scenes, SHIROCK had always been my vision and project, but because we presented it as a band, I wanted to make a subtle, but intentional shift. So I decided to release my new work as C. SHIROCK. I love my work with SHIROCK, and it will always be a part of my catalog and a history I am incredibly proud of. I view it as an evolution of sorts – SHIROCK was the first few chapters, and now C. SHIROCK is the continuation of that story.  It’s been such a liberating and inspiring feeling to fully be creating on my own…to chase whatever turns me on.  I’ve really loved it.
You have a new video out for your single Confess Your Love. Tell us a little bit about the song and the video behind it.
“Confess Your Love” was written very literally about when I met my partner for the first in Tulum, Mexico!  The song goes through and tells the story of our meeting and falling in love.  We met entirely by chance…and the song came out of that encounter.  The concept for the music video was about those little moments that if taken, can change the entire course of our lives.  We often don’t know when we’re standing at such pivotal moments, but in retrospect, it’s often those tiny seemingly insignificant moments that shape everything in our lives.  I met my now fiancé out of one of those moments…a simple moment changed the entire course of both of our lives. 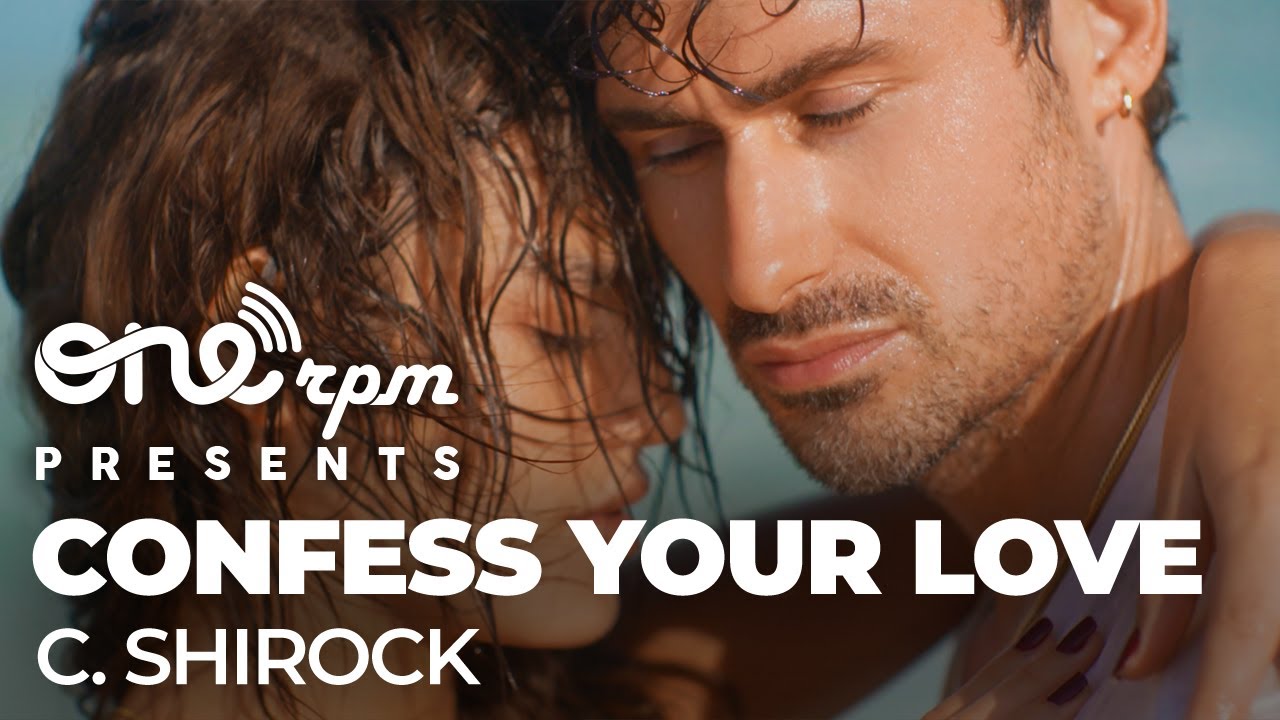 Can we expect more new music on the way soon?
Yes!  “Confess Your Love” is the first single in a series of new music that will be coming out monthly…all leading to an album/compilation that will come out mid-2019.  The second single, “Stand With Me Tonight” comes out Nov. 30th, and the music video for “Stand With Me Tonight” is out Dec. 7th. (Then we have a little Christmas surprise in the works for mid-December as well 😉
What can audiences expect from one of your live shows?
I love performing – it’s my favorite part of what I get to do. I feel like something happens live, and I get to accentuate a certain part of my personality and who I am, that can only exist on stage. When I perform I give it everything I have – my favorite live shows are the ones that not only entertain me but also emotionally take me on a journey.  I aim for that in my shows.  I want to entertain, but even more importantly I want to invite the audience on the emotional journey.  My shows are a lot of energy, and pull from the best of my work…both with my previous band SHIROCK, and also my new solo work.
What’s next for your career?
I’m incredibly excited to be releasing this new music!  “Confess Your Love” is the first single in the series, and we’re going to be releasing consistently over the next year.  It feels like I’ve been in studio writing and recording for most of the last year, and it’s an amazing feeling to (finally) be sharing all of this new work.  My co-producer and I, Thomas Doeve have been working between my studio in Nashville, his studio, and some in Los Angeles.  I can’t wait to share all of this music with you.
Is there anyone that you’re interested in collaborating with that you haven’t gotten the chance with yet?
Absolutely…I would love to work with Jack Antonoff – I love his work. He has the incredibly unique ability to create pop music that has depth and meaning…which is not an easy thing to do. I have also always been inspired by legacy producers and creatives, Daniel Lanois and Brian Eno. Lanois’s records with Peter Gabriel and U2 changed the way I approach music and my own work.
What advice do you have for aspiring singers/songwriters?
Write from your heart.  Tell the stories that are uniquely yours.  Find your voice.  Steal from the greats, and make it your own.  There are no rules to any of this – so make it up as you go. But mostly just be courageous in your work. Be honest. Don’t chase trends. We’re all waiting for music that moves us and inspires us. Music has a power that other forms of art don’t. It has, and will again change culture. But only honest music can do that. So be reckless in your work.
What’s your life like outside of the studio?
I love reading – always inspired by poetry, and books. I play a lot of piano as a way to wake up and unwind…I have a vintage motorcycle I love riding to escape, and I love food. I love adventures – new cultures, languages, and experiences…Being in Los Angeles more these days, my fiancé and I have been surfing a lot, and hiking…
Let the readers know where to find you online.
You can find me on my website, http://cshirock.com, and also all social media – instagram, facebook, twitter, youtube, etc… all @cshirock
cshirock.com
instagram.com/cshirock
facebook.com/cshirock
twitter.com/cshirock
youtube.com/cshirock
I love connecting with fans, new and old – so please follow and message me!  I do my best to get back to everyone.