I am originally from the town of Stony Plain, Alberta! I started writing songs when I was eight years old and absolutely fell in love with music from listening to my parents’ classic rock and country albums.

I have always been an adventurous soul who loves to inspire those around me to follow their passions. Passion and adventure feed me.

One of my adventures took me to Nashville and I immediately fell in love with its incredibly supportive musical community. The next logical step was to listen to my heart and follow through on my own passion by making it my new home. I’ve been here ever since and I’ve never been happier.

How did you get your start in the music industry?

My first big start in the music industry was when I won a singing competition called “CMT Karaoke Star” in 2008. The finale was filmed in Toronto where I got to meet fellow Canadian singers from all over the country and film with the Country Music Television crew. That gave me a taste for the professional side of the music industry

My musical style is influenced by classic rock and country. You could say that I’m a little bit of Bonnie Raitt mixed with some Shania Twain and a twist of the Goo Goo Dolls.

What’s fun about my style of music is that I don’t fit inside a specific box. I write and sing what feels good for my soul and ultimately that has allowed me to discover and best connect with my audience.

What have you learned from working with Phillip White?

It has been an amazing opportunity to work with Phillip White. Phillip is such a phenomenal part of the Nashville music scene.

Above everything else, he has taught me that the greatest asset you can bring to the table in the music industry – and in songwriting – is the truth.

Take us through your song, “Chasin’ The Ace” and the video behind it.

I wrote, “Chasin’ The Ace” with one of my best Canadian girlfriends Lynn Tessari.

To be honest, when we stepped into the writing room together, it was the first time we had ever met. It’s like we were set up on a blind writing date.

Both being strong-willed and sassy Northern girls, we started writing and the words and attitude just spilled out! I don’t want to settle with anything less than the Ace for anything in life and that’s the message from the song that we want to get across to those who need that reminder as well. 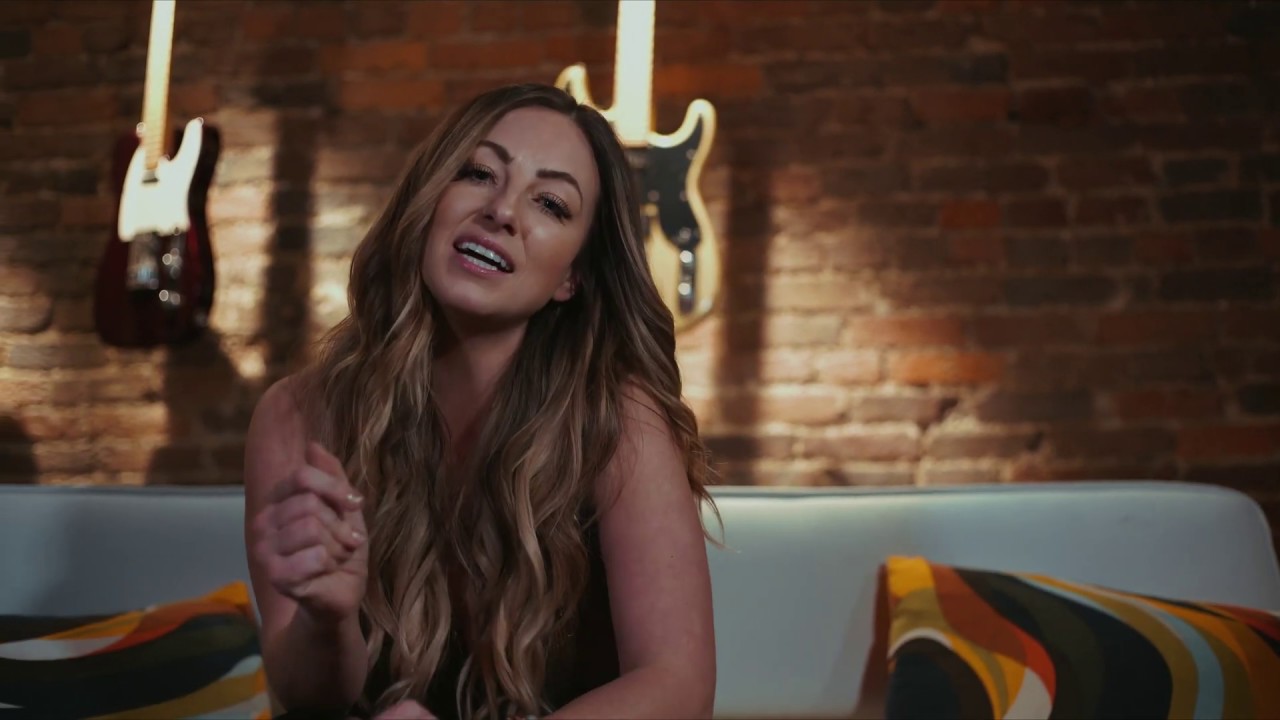 The music video was a blast to film! I was so excited to have my director Lexy Kadey take it on and put her fun, female perspective on it.

The theme of the video is a girls’ night turned into a party – first by crashing a game of poker, and then by having a house party with the full band.

What can audiences expect from your full-length album due for release later this summer?

Being in Nashville for the past six years has been nothing short of amazing. Since my very first EP five years ago, I’ve really transformed as an artist and a person. My music has evolved right along with that. Now I’m sitting in a really sweet spot of better knowing who I am and it really comes through in the music.

The songs that I am recording for my new album are the ones that have stood out over the years and held a tight spot in my heart. I’ve been able to write and collaborate with some crazy-talented songwriters and it feels amazing to showcase it all in this project.

These days, we’re in the studio recording the rest of the album. It’s going to have touches of groove, heart and make listeners want to move and feel uplifted.

How were your experiences performing at the Calgary Stampede and Canadian Country Music Week?

The performances at Calgary Stampede and CCMAs were amazing! They’ve both been on the list of major Canadian industry events to play and it was amazing to showcase at both. My family and friends traveled down from Edmonton for my Calgary Stampede showcase and it felt unreal to see my parents and sisters out in the crowd singing along and smiling from ear to ear.

What’s the experience like at one of your live shows? Do you have any coming up?

My live shows are full of fun. My favorite thing is to dance and let loose, so I love to give off that energy to the crowd and make them feel like the dance floor is their safe zone to have a great time. Quite a few people have claimed that my shows are a great workout!

While most of my energy at the moment is being put into recording the album, I have a lot of exciting shows and tour dates lined up for this upcoming year which includes shows in Toronto and Nashville as part of my next single release. Once the album drops, I’m planning a western Canadian tour stretching from Edmonton to Vancouver and then over to Calgary for Canadian Country Music Week. I’m also working on some European dates with Phillip White later this year!

My advice would be just to follow your heart. Do what you love, take advice along the way but don’t let it change you. Be open and be strong. You’ve got this!

There’s a life outside of music? Just kidding! But really a lot of my “time off” involves expanding my creativity into things like designing merchandise and making jewelry. I also love yoga, hiking, biking, spending time with my little dog Lucy and trying out new vegan restaurants!

There you’ll get a sneak peek into the adventures of Mandy and be introduced to my sidekick Miss Lucy Goose (my six-pound fiery-yet-loving loving little chihuahua).

For my music, head over to Spotify and Apple Music!