Well, I live in Los Angeles with my fiance and up until recently, we both worked for Walt Disney Studios. I’ve always worked in the entertainment industry, first on stage as a singer in NYC and more recently behind the scenes in film. Telling stories has always been something I’ve loved which, I suppose, is why it was a natural leap to begin hosting a show where I tell stories from history.

I owe it all to The Great British Bake Off. Honestly, before six years ago when I started watching the show, I’d never boiled an egg let alone baked a cake or cooked a meal. Something about the charm and accessibility of that show sparked my desire to learn to bake. Mary Berry and Paul Hollywood used to have episodes called “Masterclasses”, where they would go step by step through the recipes that were made on the show. They were the best way to learn when starting from scratch.

What led to you creating the TastingHistory YouTube channel and how does it differ from other shows in the cooking genre?

I had been bringing historic foods to my co-workers for years when, last Christmas, one of them suggested I put how to make them on YouTube. When I was furloughed from my job, it seemed like the perfect project to keep me busy. I think one way that the show differs from a typical cooking show is how much of it isn’t cooking. I typically spend half an episode talking about the history of the food. Another difference is that I’m not a professional chef. I’m often making the same mistakes that those watching would make; I just make them first and let you know how to sidestep them when trying the recipes at home.

What would you say to give someone who thinks they can’t cook some confidence to start trying to create some of these dishes?

Don’t be scared of making mistakes. You never have to show other people what you’ve made until you get it right; I can’t tell you how many things I’ve made have ended up in the trash, or at least have been eaten off camera. I suppose it’s like anything else in life; just jump in feet first or you’ll never get any better.

You have an episode on Soul Cakes coming up on Friday. What can audiences expect from that episode? 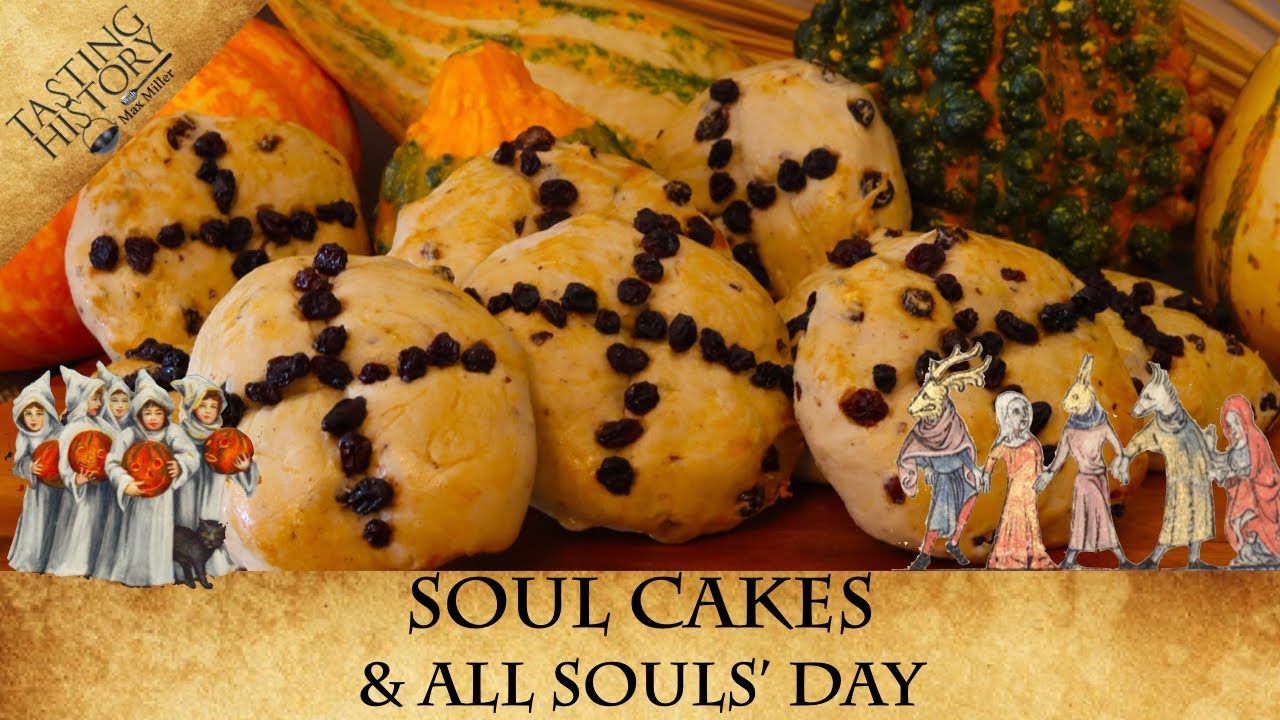 I think, for many people, it will be the first time they’ve seen cakes like these. They’re yeast-risen so they’re closer to bread than a modern cake. The history around them is fascinating as it’s essentially the history of trick-or-treating. Before people went around door to door asking for candy, people would go Souling, offering prayers for the dead in exchange for little cakes. The tradition dates back as far back as Halloween itself, and that’s what people can expect to learn about in the episode.

What else do you have coming down the pipeline?

With the holidays, I have several episodes about different Thanksgiving and Christmas favorites, but all using historic recipes of course. I also have a few more ancient recipes coming soon, including one where I discuss Silphium, the lost aphrodisiac of Ancient Rome.

Do you have any ideas for other shows on this channel that may branch off from the main topic?

Tons. I’d love to do a show covering music history. I’ve studied music all my life and would love to share some of the stories of my favorite pieces and composers. I’d also like to have a show that focuses on history that isn’t necessarily tied to food. And one where I share some of the more modern recipes that I love; Snax by Max perhaps? It’s less a lack of ideas and more a lack of time that stops me.

What advice would you have for aspiring YouTubers?

Think about the channel you’d love to watch that isn’t already out there, then make it. Also, make sure to get the sound quality as good as possible before you put something out. While viewers can forgive bad lighting, as they’ve forgiven mine, they’re less forgiving of bad sound. Having an echoey or muffled sound will have people moving on to the next video in a heartbeat.

Well, lately it’s mostly watching TV with my fiancé and our cats. And I’ve been obsessed with election coverage for the past month, as have most. I also just got a bike, so I look forward to getting a bit more exercise outdoors.