Menu
Friday, May 27, 2022
Sign in
Welcome! Log into your account
Forgot your password? Get help
Create an account
Privacy Policy
Create an account
Welcome! Register for an account
A password will be e-mailed to you.
Privacy Policy
Password recovery
Recover your password
A password will be e-mailed to you.
Find Your Inner Geek
Menu
Home FYIG Features FYIG Chats With... FYIG Chats With Singer/Songwriter Shayna Adler
Facebook
Twitter
Pinterest
ReddIt
Tumblr
Mix
WhatsApp
Linkedin
Email
Print
Telegram
VK
LINE
Viber
Naver
Flip
Tell us a little bit about yourself.
I’m a “Fantasy” Folk Rock and Americana Artist from Long Beach, California! I just released my very first LP album, ‘Wander.’ I’m a huge nerd and I am not ashamed.
How did you first become interested in a music career?
One way or another, music has always been in my life. Both my parents dabbled in playing instruments and singing. From a young age, I found a lot of magic in listening to the radio, participating in school musicals, and learning how to play a multitude of instruments I never mastered. In high school, I joined the marching band and orchestra, mainly playing the alto saxophone. At the time, I was highly discouraged from pursuing a career in music by teachers and family. So, I stuck with what I already was doing, which was riding horses. Most people would think that was a glamorous alternative, but it was far from it.
I had spent the bulk of my childhood shoveling manure and working at the stables every moment I wasn’t in school. Although rewarding, it was brutal work. I ran myself into the ground and began working regular part-time jobs while I eased away from that life. Eventually, I worked up the courage to go back to school for Audio Engineering and found the Musicians Institute in Hollywood. I graduated in 2014 and began a career as an Engineer, Producer, and Tour Manager. It took a while for me to take that final leap of faith in becoming an artist. My colleague, Michael Dumas, believed in me and began to develop my writing and performing in the studio in 2016. Being able to write, perform, play, produce, engineer, and sing my own songs–I was absolutely hooked. This is what I was always meant to do.
How would you describe your musical style?
The soul of my music is folk. I create poetic stories with characters and illustrated scenery, like a fiction-fantasy novel. It’s largely acoustic, but also orchestral and synth-forward. It flirts with Americana and eclectic rock. Neko Case meets Jethro Tull!
What can you tell us about your latest album, “Wander”? 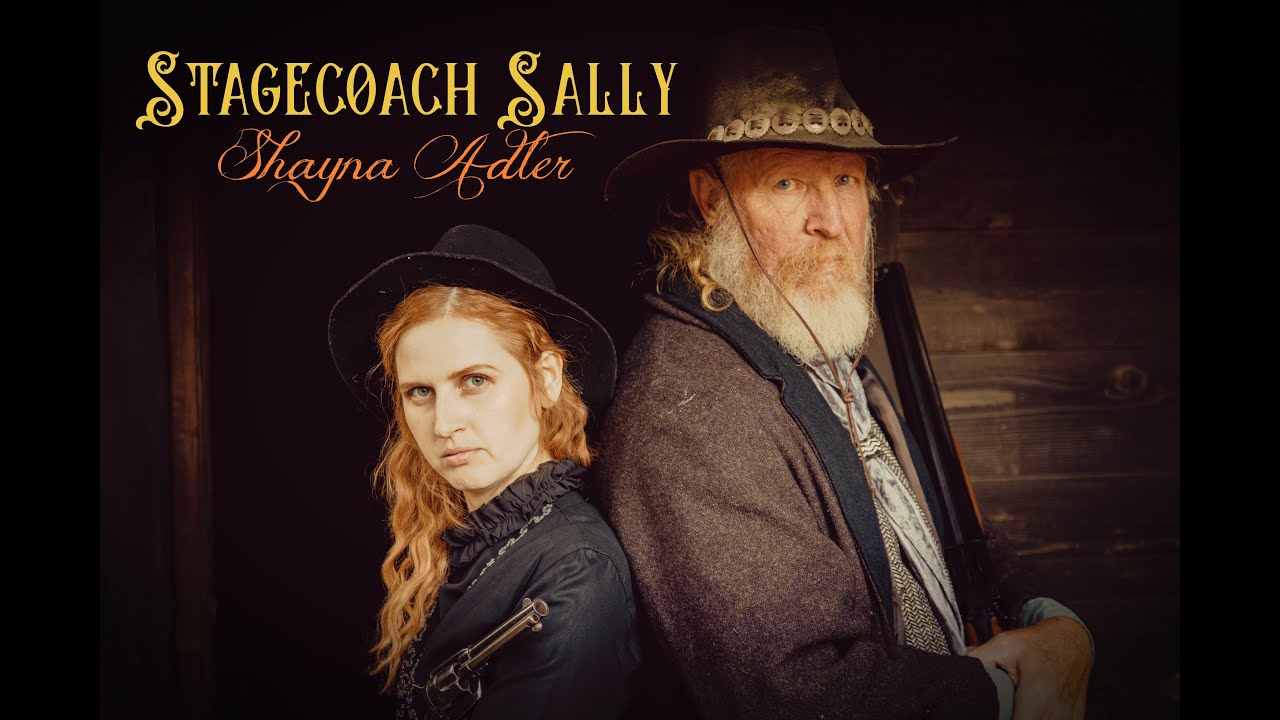 ‘Wander’ is a concept album that follows the fantastical journey of one woman. It’s composed of 9 songs that are in order lyrically, and take you on this massive adventure! The stories lead you through the dark with a dim lantern and take you to places most people only dream of. Well, that’s the idea at least, and I’m sticking to it! I wanted it to be an escape for listeners. The world has been so, so dark–especially this year. I wanted it to be this portal that someone could go through, and be transformed. It may serve as musical entertainment, but it’s also a bit of a blanket fort.
How did you come up with the concept to have the songs take a chronological, story-like order on this album?
When I first planned this record, the few songs I began with showed me this deep vein of a storyline I could build from. It was always in the lyrics. Consequently, I had to write more songs to answer the question, “what happens next?” I produced the songs to follow their settings and words, and it made every song really unique in the end. I was really inspired by Role-Playing Games (RPG’s) like the Diablo game series, Dungeons and Dragons, World of Warcraft, Guild Wars, and even fantasy novels like The Lord of The Rings. Yes, I have played them all! I wanted to create a “walk-through” adventure through the album, just like an RPG.
Would you ever do another album in this style or are you looking to continue to dive into different styles?
I think it would be fun to have all of my future albums be this way, but I think I may refine the sound a little more. I learned so much about myself, my music, and the creative process of producing while I worked on this album. I definitely have a shortlist of things I would do differently. I actually started out in Bluegrass, but I always knew I would eventually hone in my sound into something that was unique to me. I don’t think I’ve finished that process, and like everything else in life, I hope I never stop learning or growing. I wouldn’t say I will dive into other styles at this point, but I’d like to continue down this path and see where it goes!
What’s next for your career?
Since I made the music video for Stagecoach Sally, I really have the “bug” to make more videos. I hope to make more mini-movies much like Stagecoach Sally, where you have characters, costumes, and faraway places. I wish I could go back to life on the road–touring! I really miss performing live. I have more ideas started for songs to release, and I hope to begin working on the next concept record soon!
What advice would you have for aspiring singers/songwriters?
Don’t be afraid to do the work. Don’t leave anything to luck. I run this “enchanted bandwagon” myself, and if there’s something I don’t know how to do, I research and try my best to learn it. I treat being a singer-songwriter as a job because it is. I’ve met so many other artists who have huge dreams but aren’t willing to learn how to make their own website or book their own tours. It’s completely a missed opportunity to not be doing everything you can to build your own career, especially with virtually all the tools you need available on the internet. There are no good excuses, and there’s no better time than the present. I’m almost 33 years old, and I won’t waste my life hoping that someone will come to save me, especially when I know I can write my own happily-ever-after.
What’s your life like outside of music?
I’m not sure that exists anymore! Even all of my hobbies are tied into my music career now. I love costumes (I sew!), I draw and sketch, I love writing short stories and novels (I have a few unpublished), I love animals (I have two cats and a dog), and when I still have time, I shoot archery! I even used to compete. I love “hobby-modeling” in costumed photo shoots and hope to share more online soon! I still work as a studio engineer and produce other Americana artists.