Take a trip down memory lane with author Brett Weiss as he takes you through every game in the NES library from A-L in volume 1 of The NES Omnibus! 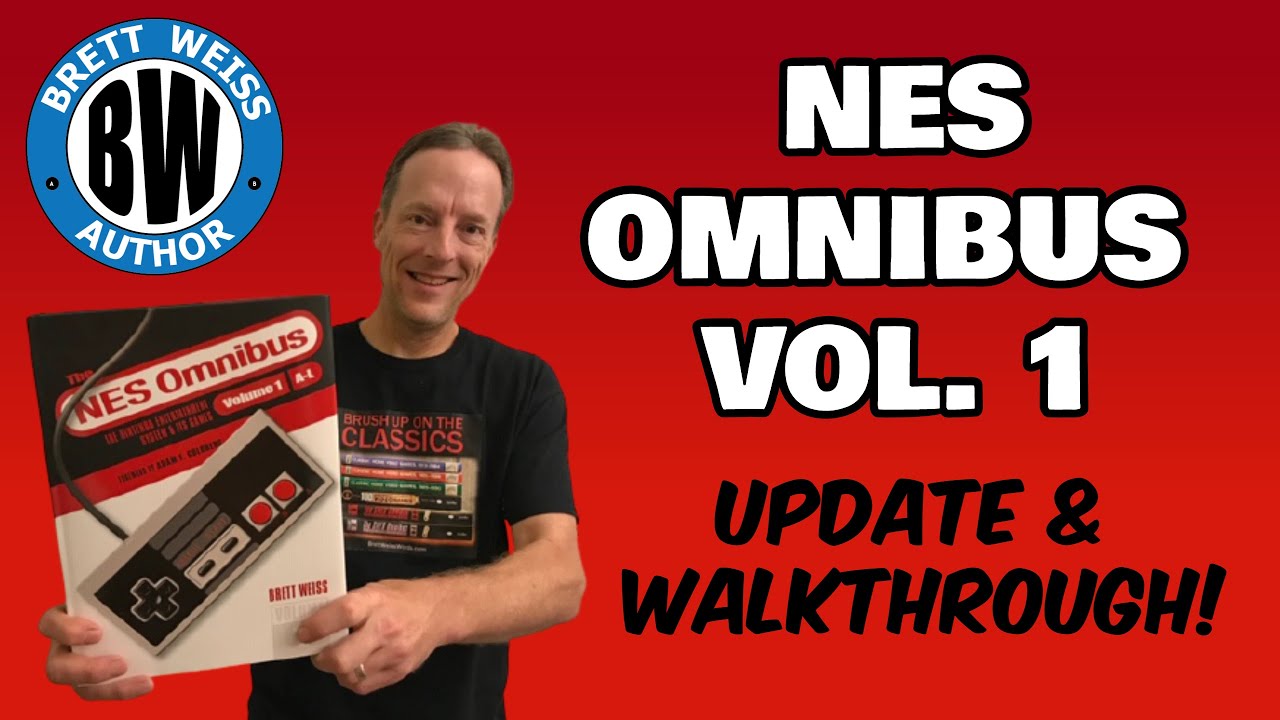 Author Brett Weiss did a wonderful job creating the full two-part SNES Omnibus that was easily one of the most complete books on the SNES library available. It made perfect sense then that Brett would continue on to the very popular NES library with his next set. First released in 1983 as the Nintendo Family Computer, or Famicom, the NES was that catalyst for the resurgence of the video game industry after The Great Video Game Crash of 1983. This console is home to some of the greatest games of all-time and brings back fond memories for those who grew up with the system. This is reflected in the foreword by Adam F. Goldberg.

Adam F. Goldberg is a television and film producer most notable for creating the ABC comedy, The Goldbergs, which was based on his life growing up in the 80s. Reading Adam’s passion for the NES and how it shaped his childhood really puts into perspective just how important the console was and how much of a jump forward it was compared to its competition at the time. There’s a funny story in there about Adam trying it at his friend John’s house and being converted from an Atari kid to a Nintendo kid. The only problem was that Adam’s father had just purchased him a new Atari 7800. He then went on to talk about how he and his friend Chad had a forever bond over the games they had beaten together as kids. That’s something that struck a chord with me as I remember a lot of those moments for myself with various friends in my life and how important those times were to me. There wasn’t anyone better to write a foreword for this book.

A lot of people have created compilations of every game in a console’s library before and I’ve never been incredibly interested in them. I’ve always felt that they skew more towards the person who is writing the book’s preferences as far as how much is said about a particular game. I didn’t get the feeling when reading through the NES Omnibus. Each game is covered well whether it’s a sports title or one of the biggest titles in the NES library. That’s not to say some titles aren’t given a couple of pages versus just one or that there isn’t as much said about some games over others, it’s that every game is represented properly. I could walk into a vintage game store and make a conscious decision on whether I want to buy a game based purely on the content of this book

The 424-page NES Omnibus is a beautiful book from front to back with extra-large glossy pages and tons of pictures. The fact that there are so many pages even though there are only about 350 games covered is a testament to how much you’re getting here. The great thing is that it’s not just about the games. There is a nice write-up at the front of the book about the NES console itself. There’s another one at the end of the book about the Power Glove by video game critic and freelance writer Zoey K. Howard and another about the comic book video games on the NES by Blair Farrell of comicgamersassemble.com. I loved these extra little touches to give readers a good view of what the NES was and had to offer for those who might not have experienced it. After all, this console is about 36-38 years old depending on if we’re talking about the Famicom or NES.

Each game is laid out on one or two pages depending on how much there is to say about the particular game. It’s easy to find whatever game you’re looking for because they’re all in alphabetical order. There are quick informational bubbles for each game telling you who developed it, who published it, the year it came out, the type of game, and how many players. For every game, you’ll get a quick synopsis of the game and sometimes even some “Insider Insight” from different people in the industry. You’ll also see a few different “Notable Quotables” from different personalities in the gaming world. The thing I liked about these most is that they came from a wide spectrum of different people from YouTubers, magazines, websites, etc. It’s not just industry professionals, it’s from people who have actually spent time with these games personally. There are usually a few screenshots from the game, the packshot, sometimes a picture of the cartridge, and occasionally a picture of an ad for the game.

The first volume of the NES Omnibus is obviously a labour of love and Brett did an incredible amount of research to bring all these pictures and stories about these games that shaped a generation to life. It’s amazing to read things about some of the smaller titles in the library up to the more famous titles like Castlevania among others and reminisce about my own memories of some of these classic titles. If you’re an NES fan, you can’t go wrong picking this one up at just $49.99 US in hardcover to relive the days when you were playing with power.